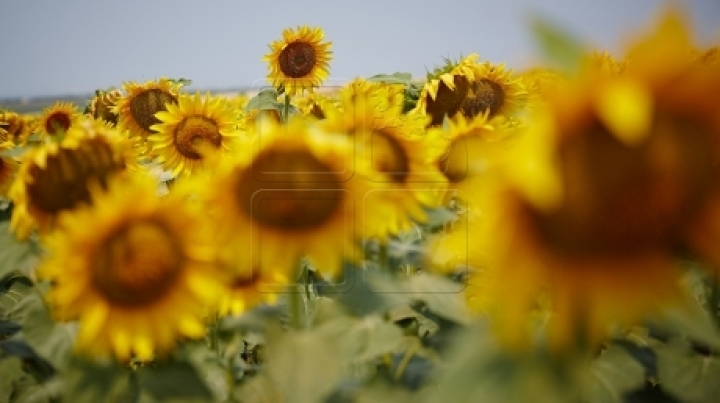 Sunflower harvest will be this year below farmers' expectations. Specifically, farmers say they will collect 30-40-per-cent less compared to last year. The lack of rain lately is the main cause.

Farmers from Marandeni village, Falesti, have hoped that this year's harvest sunflowers will be higher, but are disappointed. The production has reduced to 500 kg per hectare.

"We expected to collect two to three tonnes per hectare. But at the moment expectations are much lower than planned. We gather around 1.8-2 tons" , said farmer Mihail Goncearenco.

Experts say the July drought has compromised a part of the harvest: "The sunflower hat is small therefor the harvest is smaller. The palnts suddenly stopped growing because of the heat and high temperatures."

Householders rush to exhaust last year seeds until the new harvest arrive in the courts.

Due to the small harvest, oil would be expensive.

One kilogram of sunflower seed is sold by nearly 7 lei, with a lei more than in 2015. However, farmers do not exclude that prices could still grow by year's end.