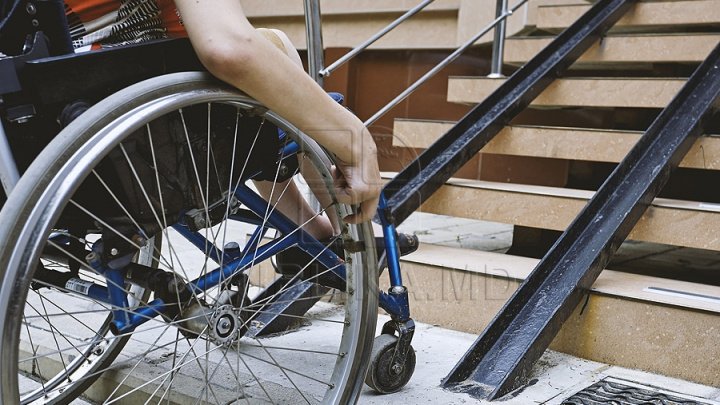 A young in a wheelchair plans to attack in instance a magistrate from the Center of the Chisinau Court. The man is upset on the fact that the magistrate begun a session where he was a part of the process, without him. He mentioned he was late because of being deprived of the elevator for the disabled people. Alexei Boboc said that he was forced to use the common elevator to reach the 4th floor.

"I was 5 minutes late. The judge mentioned that in this case we're all equal and I must have been in time and nothing else matters. For disabled people, the stairs are a challenge, but I waited for the elevator and reached", declared Alexei Boboc.

The elevator is destined for disabled people and can be opened only with a key that is kept at the security.

"At the moment there was no one at the security. I reached the 2nd floor, where I was also refused and also spent 5-10 minutes", declared young's companion, Valeria Crutova.

He was forced to use the common elevator.

"The disabled people can reach superior floors of the Supreme Court only by the elevator. However, they need an companion, because the elevator can only be called from the 3rd floor".

In the opinion of the young's magistrate, Viorica Puica, the one who begun the session without Alexei's presence, had a discriminating behavior.

"I requested 5 minutes. It's an instigation to discrimination from the judge", declared Gabriela Kornacker, a lawyer.

The Center Court's president, Radu Turcan, considers that the problem is of a moral reason because the process was legal.

"In this case, the civil process establishes to oblige the parts to be present at the established time and date. There are special cases for disabled people, the human factor playing a very important role", declared Radu Turcan.

We tried to contact the magistrate Viorica Puica, but she declared lack of time for a video-reaction. We only managed to talk to her assistant, who told us that the magistrate doesn't think that she make a mistake.