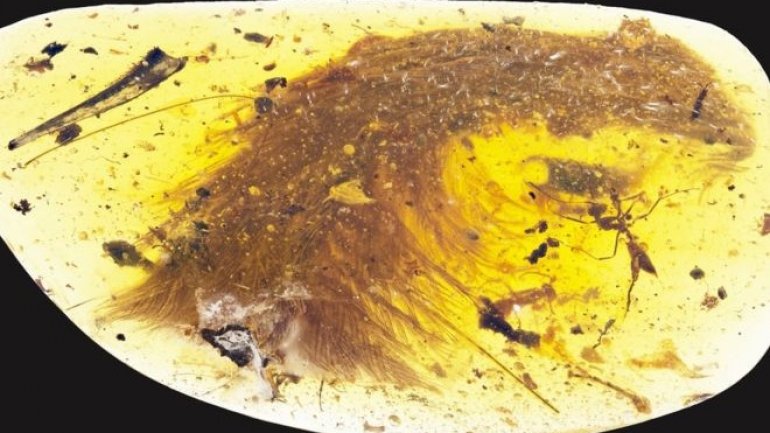 The tail of a feathered dinosaur has been found perfectly preserved in amber from Myanmar.

The one-of-a-kind discovery helps put flesh on the bones of these extinct creatures, opening a new window on the biology of a group that dominated Earth for more than 160 million years.

Examination of the specimen suggests the tail was chestnut brown on top and white on its underside.

The tail is described in the journal Current Biology.

The study's first author, Lida Xing from the China University of Geosciences in Beijing, discovered the remarkable fossil at an amber market in Myitkina, Myanmar.

The 99-million-year-old amber had already been polished for jewelry and the seller had thought it was plant material. On closer inspection, however, it turned out to be the tail of a feathered dinosaur about the size of a sparrow.

Lida Xing was able to establish where it had come from by tracking down the amber miner who had originally dug out the specimen, informs BBC.