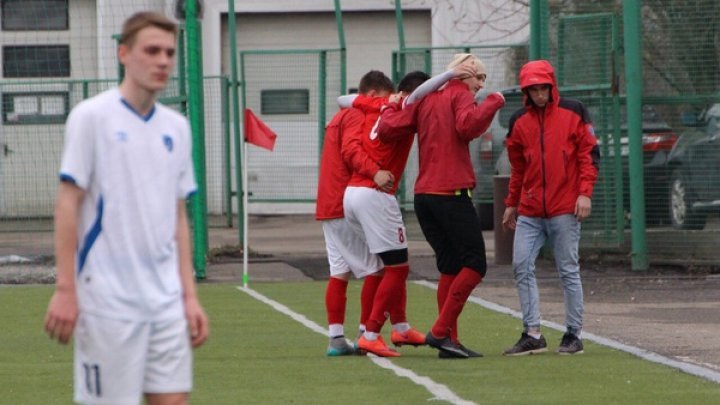 Dinamo-Auto Tiraspol might become stronger with FC Spartak Moscow's apprentice. The offensive midfielder Kumalat Urdihano is tested by Dinamo's technical staff, along with another Russian midfielder. Urdihanov is 18-year-old and he played for Spartak-2.

"They needed some impressions and asked us to see them. We have an offensive midfielder and a defender on probation. There is still work to do. They are still children. It is important for them to understand that we expect them to work and train hard" coach of Dinamo Auto, Viorel Frunză said.

Dinamo Auto has kept nearly all its footballers from the previous season. The new coach, Viorel Frunză, claims that this team will gain a few new players and will be trained on the field near Ternovca village.

"We have good training conditions and this is the most important thing. I believe that we have access to the whole sport facility from Ternovca" Viorel Frunză said.

Dinamo Auto had its first friendly match of this season since returning from vacation. The team from Tiraspol won with 1 - 0 against Dacia Chişinău, scoring the victory goal in the nick of time.

Dacia is also testing multiple footballers, among them counting the player of the national team, Vladislav Ivanov.