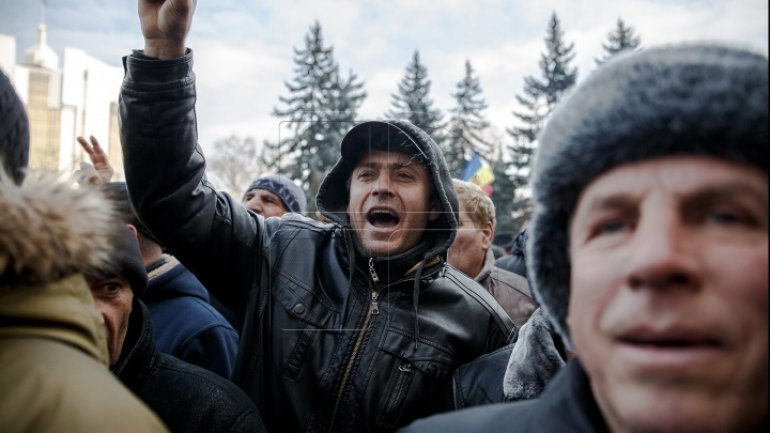 Valeriu Caşu, one of the persons detained in April 2016, after a violent protest staged by the Dignity and Truth Party of the fugitive gangsters Victor and Viorel Ţopa, is criminally investigated for beating up a man in September.

Police sources say the suspect and two accomplices stole the mobile phone of the victim, $100, MDL5,000, a watch and a golden bracelet.

The Caşu case, transformed by the media subordinated to the fugitive convict Victor Ţopa into a political one, is not single.

Last summer, another DA Party activist, Sergiu Cebotari, was detained after 16 people from Nisporeni district had complained he had not paid them for working for them.

Another citizen accused Cebotari if depriving him of his property.

And, again, the media paid off by the Ţopa gangsters tried to transform a criminal case into an alleged political reprisal.

Aureliu Pisica is another protester with a criminal past. He was convicted for killing a man in a car crash, but went unpunished.