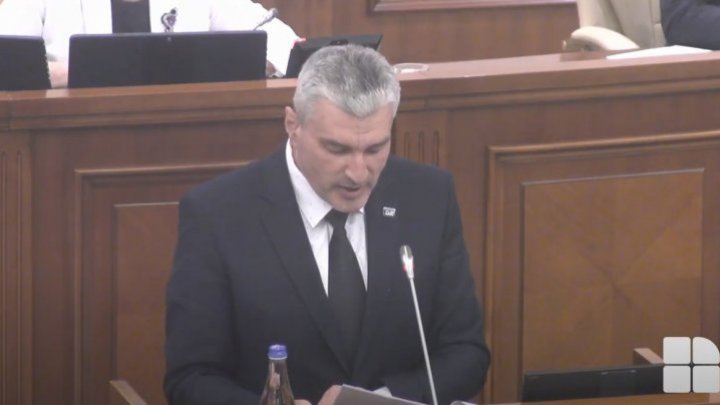 PPDA and PAS have submitted today in the Parliament the motion of censure on the activity of the Chicu Government, PPDA President Alexandru Slusari announced.

"We submit this motion of censure on the activity of the Government. The Government created on November 14, 2019 violated repeatedly the legislation in force, the Constitution of the Republic of Moldova, undermining the financial-economic security of the country.

The Government admitted the violation of fundamental human rights and freedoms, violating the principles of the rule of law, the values enshrined in the Constitution of the Republic of Moldova and international instruments.

In the state of emergency, the Government clearly exceeded its constitutional powers by undermining the Parliament, aiming, in fact, to capture the declared state of emergency to remove the parliamentary control over the activity of the Executive.

The executive has taken responsibility for some economic schemes that have been very far from the declared schemes. We note that this action of the Executive was later declared unconstitutional by the Constitutional Court.

Moreover, in violation of legal and constitutional provisions, the Government led by Ion Chicu set up a new scheme for embezzlement of public goods, by concluding a financing agreement with the Russian Federation, a document that was not negotiated in a proper procedure in the interest of our state, and its signing was approved without being negotiated with the participation of specialists and competent authorities.

The agreement contained clauses that threatened the financial and economic security of the Republic of Moldova, national sovereignty and the rule of law", said Alexandru Slusari.

The motion of censure submitted by the DA Platform was signed by 40 parliamentarians: the unaffiliated deputy Octavina Ţîcu, the PAS MPs, Pro Moldova MPs and DA MPs.

51 votes are needed to dismiss the Chicu Government.