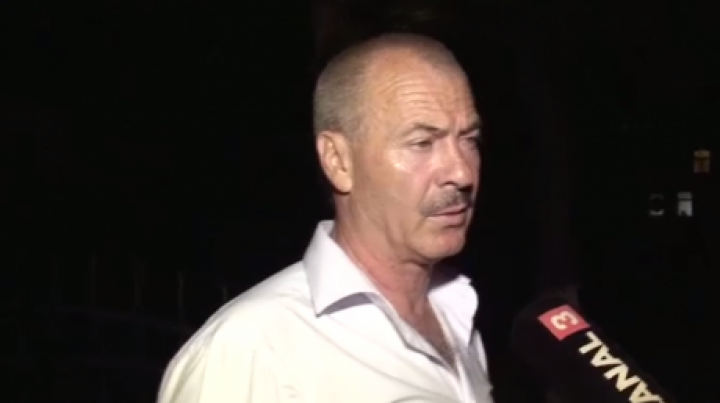 Caught drunk driving, Constantin Boistean, active member of "Dignity and Truth" party, tried to intimidate police with epaulettes of colonel and that was once part of MAI central apparatus, and that he would call the Minister of Interior.

Moreover, he refused for his alcohol to be tested on Drager machine but  accepted to be taken to Narcology. At least that is clear from the discussion Boistean had with police, a video which reached the editorial office writes today.md.

On Sunday evening, August 21, around 22:40, a crew of INP, pulled over in Ciocana sector, a "Mercedes" car driven by Constantin Boisteanu, a veteran on Dniester war and active member of the "Dignity and Truth" Platform.

While discussing with police, a strong smell of alcohol was felt from the driver. The police have requested for him to be tested with Drager machine, but he refused and agreed to be escorted to the State Narcology. On the spot he changed his mind and refused to undergo alcohol testing and sampling of biological samples, as confirmed by a report of the medical examination finding that the consumption of alcohol, drunkenness and its nature, action that attracts criminal liability itself.

"I left in 2011 You know Colonel Boistean? I was the Rector of the Police Academy. I retired from the post of chief of staff. You explain to me, a colonel? You want to put me in the situation? Tomorrow you will be the same to me.  Listen here, I pay everything, go do this and thatn, and than what? You have to ride harder, or what? You wear epaulettes, you shouldn't. I worked 29 years in MAI, including 19 years in the staff, and that's why I tell you, DeputyMinister and Minister are my subordinates. I do not want to say anything simply hear I too demeaning. I'll call Silviu or Maxian, what's the problem? Nr. of Boisteanu's car is 939, it's known to you, if it's known,  call the Guard Unit and they will tell you" are some of his answers in address of road agents.

Constantin Boisteanu was not found to comment on this case, but previous on conferences organized by "Dignity and Truth" party, he claimed that road agents stopped him often, which he believes would be a deterrent from MAI .

It is worth mentioning that refusal, opposition or evasion driver means of transport from alcohol testing, medical examination to determine drunkenness and of its nature or the collection of biological samples in this medical examination shall be punished by a fine of 550-650 conventional units or by community service for 200 to 240 hours, in both cases with the deprivation of the right to drive vehicles for a period of 3 to 5 years.