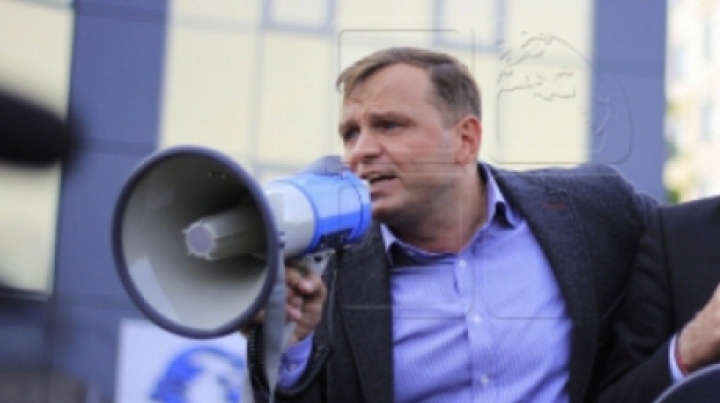 "Dignity and Truth" party, behind which stay Topa mobsters is falsifying signatures of citizens to be able to submit Andrei Nastase for president.

Democracy.md editorial portal come into possession of images and videos that demonstrates that supporters of the party sign for other individuals in the lists presented to the Central Election Commission. A woman tells how she was persuaded by "Dignity and Truth" party activists to forge the signature of her husband, who was not at home, and to sign Andrei Nastase's candidacy.

Similar cases can be seen in some lists submitted by the "Dignity and Truth" Party to the CEC.

Andrei Nastase, the wedding godson of mobster Victor Topa, did not respond when called to comment the electoral falsification.

This is not the first time the "Dignity and Truth" Party is accused of irregularities in the collection of signatures.

Last week, a group of citizens from Sipoteni village, Calarasi district, have sent a letter to the Central Election Commission, denouncing that they were placed on the supporting lists of the candidate of "Dignity and Truth" party, Andrei Nastase, without their give consent.

Asked about people's complaint, Nastase said that it's CEC's job to check.

"Here we have CEC that can verify all the signatures on the list that we have presented" , replied Nastase.

Another violation of the "Dignity and Truth" Party was hiding the costs of collecting the signatures in the financial report submitted to the CEC. Although he said he did not spend a leu, Nastase goes to meetings with citizens in luxury cars.

For example, at a recent meeting with locals in Elizaveta village, Balti district, Nastase was seen in a Mercedes S-Class, whose price up to 80,000 euros, or nearly two million lei.

Under the legislation, for financial fraud, a likely candidate to be eliminated from the race.