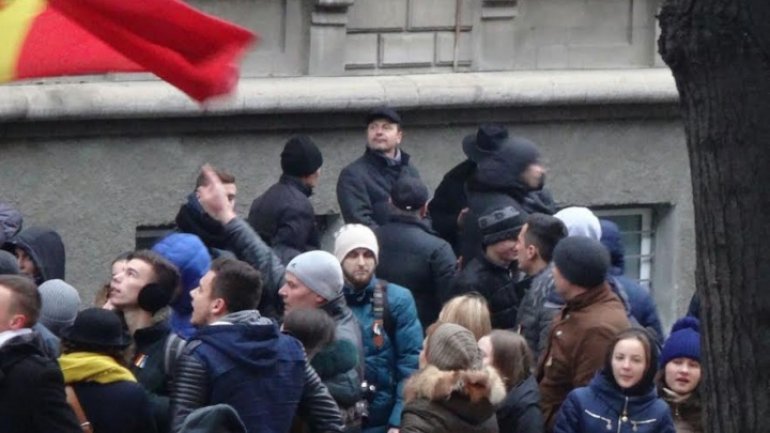 The Dignity and Truth party of Topa mobsters and Unionists' protest has stopped.

After hundreds of young unionists and representatives of the DA Party have protested yesterday, November 14th, only dozens of people have showed their discontent today.

After shouting in front of several foreign embassies headquarters, they announced that they will stop the protests until the Constitutional Court decision on the validity of the mandate of the head of state will be announced:

"Some sort of protest."

Today protesters carried out flags of Moldova and Romania, after shouting pro-union messages for months.

Several residents of the capital did not like the protests:

"They will not change anything for the better. We don't need any more elections."

"Who needs protests? We comply the Constitution. The results of the elections have not been canceled, so why protesting?"

"Who needs protests?  Against whom are they protesting?"

At Monday's protest was attended by Representatives of Dignity and Truth Party, including the leader's brother, Vasile Nastase and Valentin Dolganiuc.

The representatives of Topa mobsters party actively advertise the election fraud and protests including on social networks.

Publika.MD recalls that after the Maia Sandu's election fail, the DA Party deputy, Liviu Voc, and another activist of the party, Alexandru Cozer, have harshly criticized the actions of both Maia Sandu, but also representatives of local organizations of the party. Sunday's presidential elections were won by the Socialist Igor Dodon who gained over 52-per-cent of voters.