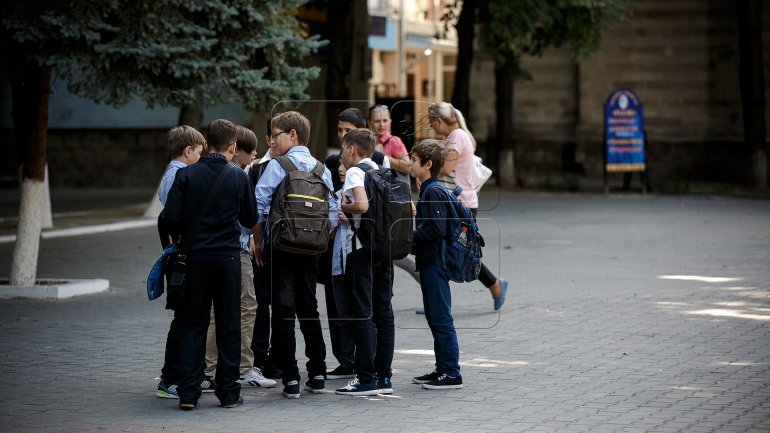 Each year students from Diaspora encounter multiple issues when trying to attend schools from Moldova. Not mentioning the legal issues, such as acknowledging their document, which requires a long time, they also have to learn new materials and pass various tests. In order to pass the children require help from their parents, teachers and sometimes even psychologists.

Igor Furtună left, together with his wife, the country to live abroad back in 2000. Now he has two daughters, one of 16 and another 7-year-old. This year, once returned back to Moldova, they encountered multiple problems. Many schools refused to accept their documents for various reasons:

"I have been trying to get my daughter admitted since June, tomorrow is already September and yet I don't know where she will go. Many schools refused us because she never studies Romanian Language, History and Geography" her father, Igor Furtună said.

The acceptance of existing diploma is an often problem that students from abroad have to face here.

"Each country has it's own academic grading system, which sometimes differs immensely.  It is often hard to find a corresponding school with similar curriculum and grading system as in Moldova. They have a hard time competing with their peers in math or science" President of The Association for Migrant Integration from Paris, Dorin Duşceac said.

In the Mihai Viteazul lyceum from the Capital in the last two year were accepted 17 pupils who came from Canada, Italy, France, Germany and Syria. The schoos headmaster said that sometimes it takes a long time to equalize the grades with the Ministry of Education.

"It truly has been already more than three months for the children from Syria. Therefore for now we have requested the Ministry to be able to register them preliminary before the documents are not ready. Of course the institution is accepting a big risk when taking such actions, as the documents have to be prepared fast" headmaster from  Mihai Viteazul lyceum, Nelly Berezovschi said.

Prime Minister Pavel Filip has also accentuated the problem of integrating the returning pupils and the amount of time it takes. He requested the documents to be finished at maximum speed and attention.

"Many people, both young and old, leave our country and yet the few that decided to return have to pass through all those challenges. We can call the name of all those that encountered issues this year, but the problem itself should be solved for all" PM of the Republic of Moldova, Pavel Filip said.

The Ministry of Education, Culture and Science claim that they have already rushed the processes.

"The documents are not done in 14 days, not 30 as it used to be. Now is a bit more of a busy period, as many people who were late in submitting the documents are doing it only now and of course, their's also have to be done. When returning, the pupils have to pass test in areas where our curriculum differs from their old one. Therefore the teachers from schools have to help them" Deputy Minister of Education, Lilia Pogolșa claims.

From this year on, students from Diaspora have a chance to win various scholarships, while others have to pay the same tuition fee as other students.

"It is a pleasant and long awaited chance. They were never on equal grounds with those who graduated here, in Moldova. This year we made a move that will benefit returners, not only will they pay the same tuition fee as the other students, but also will have the chance to win scholarships" the dean of Academy of Economic Studies of Moldova, Grigore Belostecinic said.

At the beginning of august, the Ministry of Education with the help of Bureau for Diaspora Relations send send 500 ABC books, "Albinuța" signed by the author, to children born overseas in 30 different countries. The Ministry believe that in such way they will encourage our co-citizens from abroad to teach their children our national language, as well as help them develop a link with their homeland.