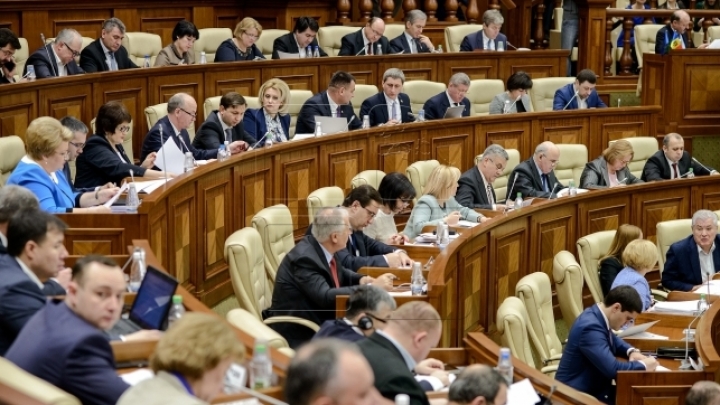 Meeting attendees say the step has an important role for Moldova’s European course.

"The PPEM has responded to our invitation. The dialogue will go on next week. Everybody realizes a stronger consolidation is necessary both within the Parliament and outside it for the coming years," Liberal Valeriu Munteanu says.

MP Ştefan Creangă says he is certain the PPEM will accept the partnership and efficient cooperation lies ahead. And parliamentarian Violeta Ivanov says putting together the efforts will enable the citizens to have a decent living.

“Our colleagues will secure the mandate to continue the dialogue. As for the PLDM, we have seen what they have done today: a step backwards. They have signed with the Socialists. It will end in nothing; they let themselves to become victims of frustrations. I hope they’ll wake up.”

“Besides the political competition, we shall not forget there is a big project, the European project and we shall continue to carry it out. We remain open. All they do is of no benefit to them. It’s a matter of a partnership, it’s not widening the parliamentary majority. We propose a formula advantageous for all the actors involved to work in the country’s interest," Marian Lupu said.

PPEM leader Iurie Leancă says the ruling coalition’s call is generous, and his party is to consider the partnership proposal: "From the discussion we’ve got the idea to set a partnership with the coalition, the PPEM should assume more responsibility for the European project. The offer comes because the PPEM has special expertise and we also enjoy credibility in the European capitals.”

“I discussed in Brussels and Berlin, and found that, despite the crises, there was one more chance. The European partners asked us for stronger involvement. The invitation is interesting since the majority has got enough votes to back its bills. Such a generosity happens rarely in politics. Moldova has no alternatives to get out of poverty," Iurie Leancă said.