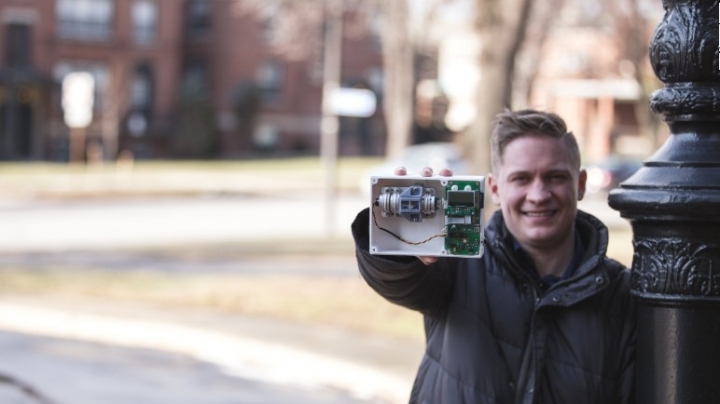 Malaria, which affects 200 million people each year, is one of the deadliest diseases in the world.

Although it is preventable and curable, the World Health Organization estimates that 438,000 people died from malaria in 2015, mostly in sub-Saharan Africa.

John Lewandowski, a PhD student in mechanical engineering at MIT, said diagnosing it quickly is critical.

"Early detection is very important, typically in the first five to seven days before symptoms arise, so that treatment can begin," said Lewandowski, 26.

He's designed a mechanical device called RAM (Rapid Assessment of Malaria) that is able to detect malaria in five seconds from a drop of blood.