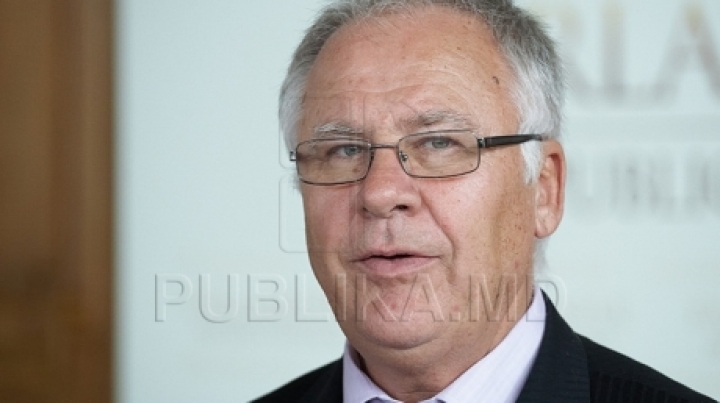 "Accredited ambassadors in Chisinau will always defend Moldova's independence and sovereignty, more than some politicians" Statement made by Honorary chairman Dumitru Diacov who has defended US ambassador, James Pettit in our country.

The US diplomat became the target of several critics after he said the unification with Romania is not practical choice for Moldova.

"US Ambassador's statement is a reaction to the unionist hysteria started in Moldova lately. All representatives of EU member states accredited in Chisinau, all these years have talked about what the country needs is to strengthen its statehood, Moldova must develop the economy. We want to have good relations with Romania, Romania wants Moldova to be a sovereign state" , said Diacov.

Diacov believes that the wave of criticism directed towards James Pettit is the result of unionist hysteria unleashed by Traian Basescu and other politicians from Chisinau and Bucharest. In an interview, Ambassador James Pettit said Moldova must remain a sovereign and independent state within secure borders.

The diplomat said that the people and the politicians should cooperate to help develop the country, and Moldova is not Romania, because it has its own history and its own challenges.