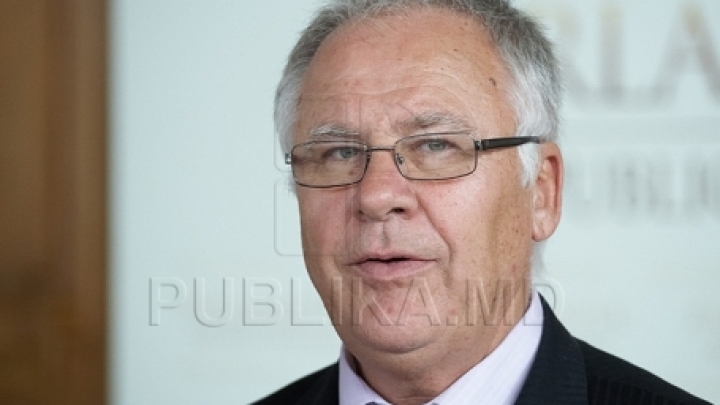 Then Moldovan economy will stagnate as long as certain political forces pursue disunion of the country. This what the honorary president of the Democratic Party (PDM) Dumitru Diacov, explained to people in the eastern district of Ştefan Vodă. Paying a visit to the area, the parliamentarian said the government needed unity and society’s support as much as ever.

Meeting employees of the gas distributor Ştefan Vodă-Gaz and the residents of the business incubator from the town, Dumitru Diacov stated only by promoting the European course one can contribute to the development of economy.

"We live in a divided country. Give me another country in the world keeping these antagonisms and prospering? This cannot happen, because any government needs cohesion, unity. The government should mobilize itself, the country should provide its support and we should go a single way," Diacov stated.

Some people disagree with the conflicts among parties considering the number of parties too big:

"Why should Moldova need so many parties? We should get rid of them, gradually, and keep only two of them."

"The Democratic Party, which is 20 this year, has never called to confrontation. The PDM has always shown ti can work with any party. The PDM has tried to find this balance," said Dumitru Diacov.

He also visited the kindergarten in Slobozia village, one of the few in the country using solar heating.