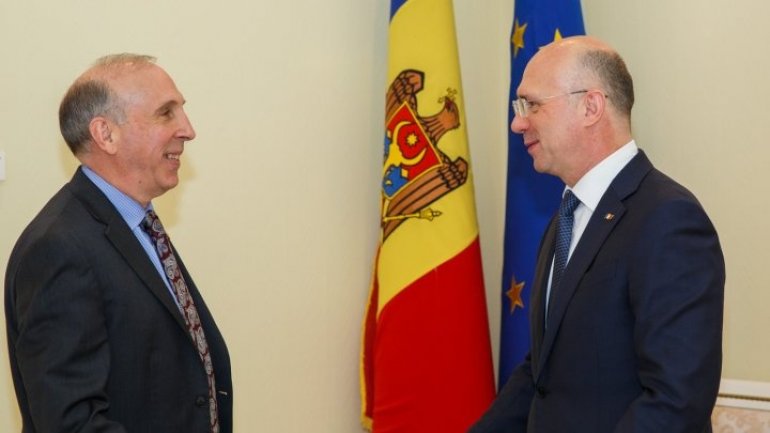 Prime Minister Pavel Filip had a meeting with US Ambassador to the Republic of Moldova, James Pettit. Officials discussed bilateral cooperation in areas of common interest.

The parties noted the developments in the settlement of the Transnistrian conflict. In this context, the US Ambassador appreciated the personal involvement of Prime Minister Pavel Filip in this process, underlining that the United States welcomes the progress achieved, including the opening of the bridge over the Dniester River linking Gura Bicului and Bicoc, signing four protocol decisions regulating the areas Education, Agriculture and Telecommunications, as well as the "5 + 2" round of negotiations, recently held in Vienna.

At the same time, Prime Minister Pavel Filip and US Ambassador to Chisinau, James Pettit, talked about the implementation of the reforms promoted by the Government. The Head of the Executive said that they are coming to support the development of our country and the authorities are always open to dialogue with development partners, civil society and the business community to improve the proposed initiatives.

At the end of the meeting, Pavel Filip invited James Pettit to the Christmas Fair organized for the first time by the Government of the Republic of Moldova between December 15, 2017 - January 14, 2018.
AFLĂ imediat Știrile Publika.MD. Intră pe Telegram