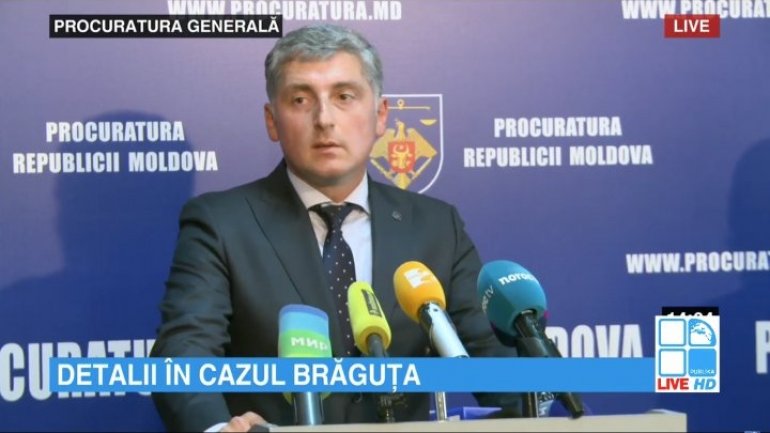 The Prosecutor General's Office opened a criminal case for torture and ill-treatment in the case of the death of the detainee Andrei Braguţa.

According to the first information, five people were detained, including three policemen. Prosecutor General Eduard Harunjen says that prison officers, magistrates and prosecutors will be investigated in this case.

"It's a big problem in the system, it's the death of a person in state custody. We will thoroughly analyze all the information," general prosecutor Eduard Harunjen said.

Information on the death of the detainee Andrei Braguţa went to the General Prosecutor's Office a few days after the incident. From the evidence gathered so far, but also from the statements of the witnesses, it was found that Andrei Braguţa was assaulted by the four detainees staying with him in the cell. The four are in suspicion of this file.

According to Ion Caracuian, chief prosecutor of the PG Torture Division, the victim would have suffered direct blows to his head, hands, and chest. Moreover, detainee Andrei Braguţa could have requested help when he was tortured by cell colleagues.

Caracuian also declared that Braguţa was subjected to psychiatric expertise, then returned to Prison 13, after which he was transported to Penitentiary 16, where there are hospital conditions.

Publika reminds that on August 26, the Justice Ministry and the Department of Penitentiary Institutions started investigating the inmate Braguţa Andrei's death.

For the purpose of objective and plenary investigation of the course and medication on citizen Braguţa Andrei in the penitentiary system, during the period of the investigation, following employees were suspended: