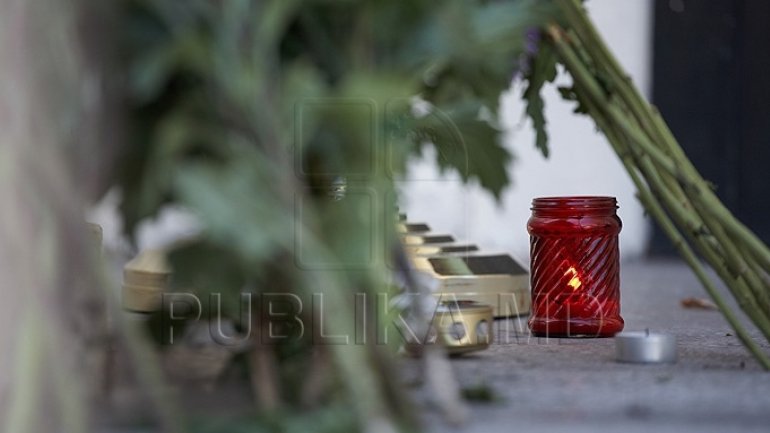 A 20-year-old woman was found dead yesterday afternoon in a ditch on Chisinau-Cimislia road, near Razeni village. On the victim's body were found signs of violent death. Police declares that they already have a suspect in this case. The woman was mother of a almost 3-year-old child.

The woman was from Razeni village, Ialoveni district. She was working at a local store, on Saturday at 21:00 she went off work but did not reach home. The relatives searched for her the entire night and called her several times but the phone was turned off. Yesterday her body was found in a ditch in the village.

The family members say that the victim's purse and cellphone were not found at the scene:

"When we got to the bridge I saw the red jacket and yelled: Trofim, this is our Galea. We we got closer we saw that she was, our girl.What I regret is that she left behind a child of two years and eight months."

"The only person who was dear to me. They took even her. When I needed help, she was always supporting me. We did not have any discords."

The work colleagues say that they accidentally found out about the tragedy.

The police opened a criminal cause on this case.

"There is a person detained, suspected of committing the murder. If found guilty, the person may receive a punishment of 8 to 15 years in jail" said the head of Ialoveni Police Inspectorate, Pavel Damaschin.

The suspect was detained for 72 hours. He is the lover of the victim.