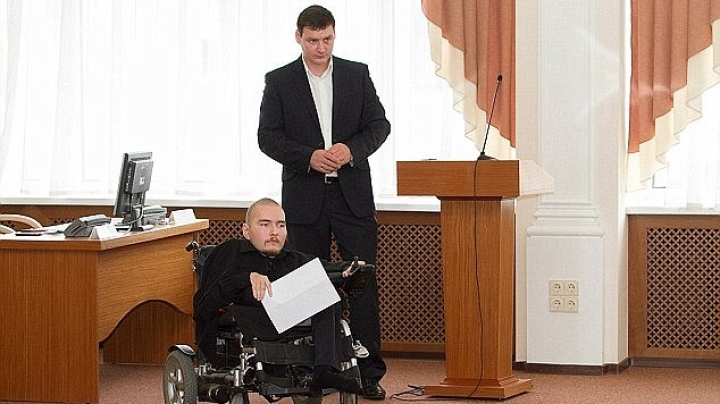 The terminally ill man who is set to become the world's first head transplant recipient says more details about his extraordinary surgery will be revealed next month, reports Daily Mail.

Valery Spiridonov, a computer scientist from Russia, is set to undergo the risky procedure next year.

Today, the 31-year-old is wheelchair reliant due to a muscle-wasting disease, announced his neurosurgeon would explain how the plan was progressing in September.

Mr Spiridonov says he is ready to put his trust in controversial surgeon Dr Sergio Canavero who claims he can cut off his head and attach it to a healthy body.

Neither the exact date or location have been chosen yet, but the world first procedure is aimed to take place in December 2017.

And speaking at a press conference, he said his Italian surgeon - dubbed Dr Frankenstein - will reveal more soon.

Severely handicapped, Mr Spiridonov received worldwide coverage when he volunteered as a guinea pig for the operation.

He suffers from Werdnig-Hoffman, also known as spinal muscular atrophy, which can result in problems moving, breathing and swallowing.

Most people with the disease die within the first few years of life, but he is among the 10 per cent who survive into adulthood.

With his condition worsening every day, he previously told the MailOnline that he wants the chance of having a new body before his disease kills him.

He claimed his family fully support his decision to be the first human to undergo such surgery and said: ‘If you want something to be done, you need to participate in it.

The new body would come from a transplant donor who is classified brain dead but otherwise healthy.

Dr Canavero has named the procedure HEAVEN, which is an acronym for head anastomosis venture. Anastomosis involves the surgical connecting of two parts.

The cost of the 36-hour operation, which could only be performed in one of the world’s most advanced operating theatres, has been estimated to cost £14 million.

And he insists all of the necessary techniques to transplant a head onto a donor body already exist.

Both donor and patient would have their head severed from their spinal cord at the same time, using an ultra-sharp blade to give a clean cut.

The patient's head would then be placed onto the donor's body and attached using what Dr Canavero calls his 'magic ingredient' - a glue-like substance called polyethylene glycol - to fuse the two ends of the spinal cord together.