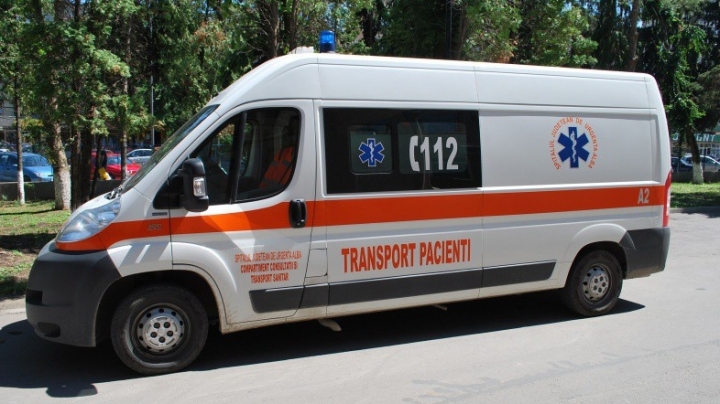 Ten persons in the minibuses were injured in a car accident in Sintereag village, the Inspectorate for Emergency Situations Bistrita-Nasaud declaring red code of intervention, reports MEDIAFAX.

The accident happened on DN17 Bistrita-Cluj, in a road elbow, in Sintereag willage. Two minibuses, a cargo and a touring one, in which were 10 persons, have collided frontally.

The spokesperson of Inspectorate for Emergency Situations Bistrita-Nasaud, Marius Rus, has declared that from ten victims, three were transported to the hospital, two in Bistrita and one in Beclean, the rest refusing hospitalization.

The injured people transported to the Emergency Hospital from Bistrita are undergoing detailed medical investigations.

The touring bus was coming from Moldova and heading to Paris, the driver of the cargo bus declaring that he was driving according to traffic regulations, and was hit by the other minibus. After accident, five of the passengers heading to Paris continued their way in a bus.

As a result of the accident, the traffic on DN17 was blocked for more than an hour.