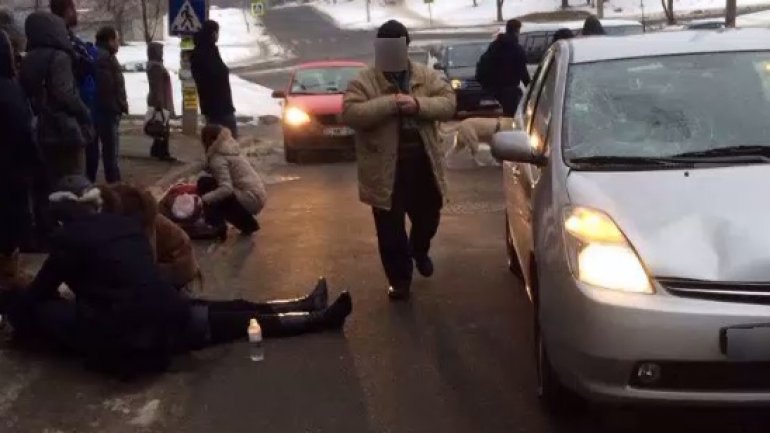 A woman and a little girl have been hospitalized after being hit on crosswalk in Chisinau. The accident occurred in Telecentru sector of the Capital.

The police has caught the driver and he gave all details on the accident.

Read also: Woman and child hospitalized after being hit on crosswalk (VIDEO)

The 58-year-old driver, resident of Chisinau, said he hasn't seen the pedestrian crosswalk. He has been detained for 72 hours and risks punishment y imprisonment from 3 to 7 years with the deprivation of the right to drive vehicles for a period of up to 4 years.

Police warns and calls out on all participants to the traffic to comply with the traffic rules.

Publika.MD recalls that  A woman and a little girl have been hospitalized after being hit on crosswalk in Chisinau.  According to an eyewitness, the woman and the child were crossing the street to school. An ambulance arrived at the spot in 20 minutes. The victims were transported to the hospital and are out of danger.