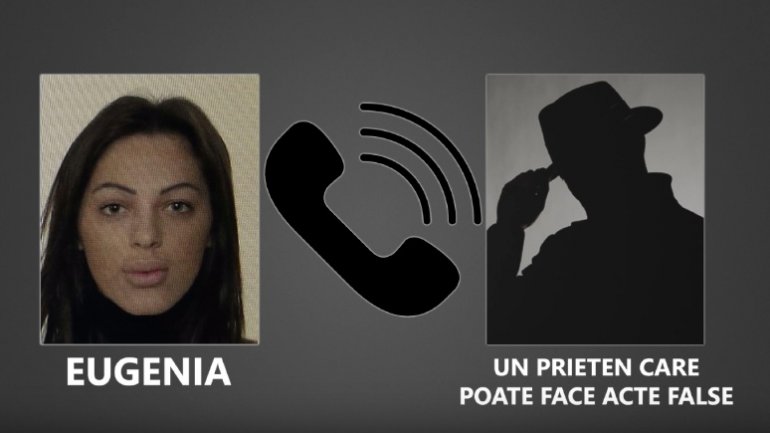 The mother-in-law of Vitalie Proca, Venera Gasparean, and his ex-wife don't know when they have lied and when have told the truth already.

They held a press conference, but journalists' questions have peeved.

Eventually, they admitted that Proca have gifted expensive gifts to his ex-wife and the money came from Renato Usatîi.

Ex-wife and mother-in-law of Vitalie Proca were given money on gifts purchased from Renato Usatîi.

"I have received gifts. I do not deny. But what law did I broke?", confessed ex-wife of Proca, Tata Davitean.

"It is our personal life. Who fucking cares if my ex gifted me something? Aren't you ashamed to ask such questions?" , said the mother-in-law of Vitalie Proca, Venera Gasparean.

Proca's ex-wife admitted and alleged that her alleged arrest was to mislead her ex-husband.

"Regarding those talks, I admit, I did play a show" , said Tata Davitean.

"Jenea said that Tata was arrested. He lied for a reason." , said Venera Gasparean.

Gasparean Venera has refused to answer questions which seemed unfair.

Both women claim that David Davitean, brother of ex-wife of Vitalie Proca, has been detained for political reasons. The prosecutor, however, says otherwise.

Davitean has appeared in several cases appearing as accused.

During the search, an undocumented gun was found in his car, and another on in his residence, also undocumented.

His mother and sister claimed that information about weapons would be inventions of journalists.

Completely different picture emerges from wiretaps that same day came the internet. Eugenia informs her sister about illegally helding weapons that have been found by police.

"Dad, listen here. They found a gun in my house without a permit. I do not know what to do" , said Eugenia.

Subsequently, Eugenia, wife of David Davetean trying to get hold of a fake firearm permit it.

And even if they were caught again with lies, and his Davitean Proca's relatives insist that such clean as a whistle before the law, and former in-law's ProCa says it will go to the bitter end until you obtain his release.

"We will address all instances. We will go to the US Embassy. We will telegrams to Trump, and Queen Elisabeth".