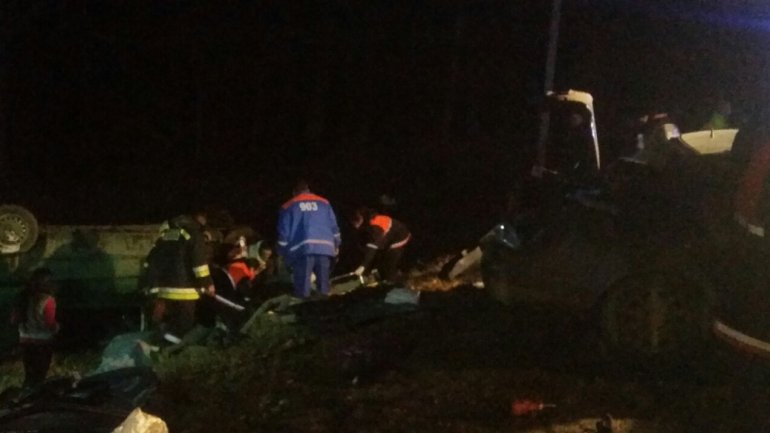 A woman and a man have died in a serious accident in the night of December 11th, on the Chisinau-Leuseni road, near Condrita town. Seven people, including two children, were taken to hospital.

The tragedy occurred when two cars have crashed. People who witnessed the horror scenes say that one of the drivers went on the opposite road.

Two crews of rescuers and firefighters were on the sport of the accident.

"After seeing the large dust I realized that many cars were stopped on the right and saw that the bus was overturned. So I approached the cars and people were mobilized."

The causes of the tragedy are yet to be established.

"Two people are dead. And now we have information that 7 people are injured, including two minors" , said the Inspector Ghenadie Carare.

Three people have been transported to the emergency hospital in the capital. One of them has undergo surgery and another has suffered a concussion on the head, and the third is in intensive care.

The health of the 6-year-old boy and the 8-year-old girlis serious but stable.
AFLĂ imediat Știrile Publika.MD. Intră pe Telegram