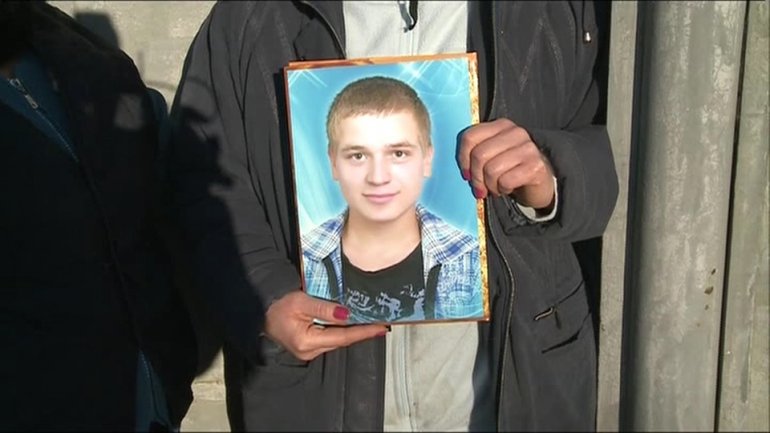 The circumstances are not clear yet. Police and Ministry of Defence have different versions.

The young man from the Vulcanesti town has been incorporated in July 2016. At the time of the tragedy, the soldier was alone at the post.

The chief of the military camp was notified about the incident by the guard officers.

"A very grave case has happened. He was lying down with the gun besides himself" , said the head of the military camp, Andrian Balan.

"The police is currently examining the version of the soldier committing suicide. A criminal was opened and all assumptions will be investigated" , said the press officer of the Capital Police, Natalia Stati.

Relatives say that this young man could have committed suicide after an argument with his girlfriend:

"My sister called me and said he would have committed suicide and has left a note saying that he and his girlfriend had a fight. They were together for more than a year."

"He was very dear to his parents. Sad. It's a great tragedy."

On the other hand, the Ministry of Defence claims that the soldier would have been deadly injured with a weapon.

"A soldier within the National Army was deadly injured during the execution of the service call on January 1st this year. The incident took place at 9.45 p.m. Doctors arrived at the scene to ascertain the death. A special commission of the National Army carried out a research service on the circumstances of the incident" , said Defense Ministry spokesman, Ala Diaconu.

Relatives say that the young man never wanted to be enroled, but accepted at the insistence of his father, who now works in Russia.

"His father said he did the military service, and his son has to do it too. But he never wanted to. A praying mother to come take him home."

Before the army, he taught to become a chef at the School of Crafts in Vulcanesti town. Then he began his studies in construction, which was suspended during military service.

The head of the camp says that the young man was an exemplary soldier.

"He executed a very good service being a disciplined soldier. Always being ranked first in all activities. Depressed mood, sadness and other moments that could have led to this were not detected" , said the chief of the military camp, Andrian Balan .

The case is being investigated by Chisinau Prosecutors Office.