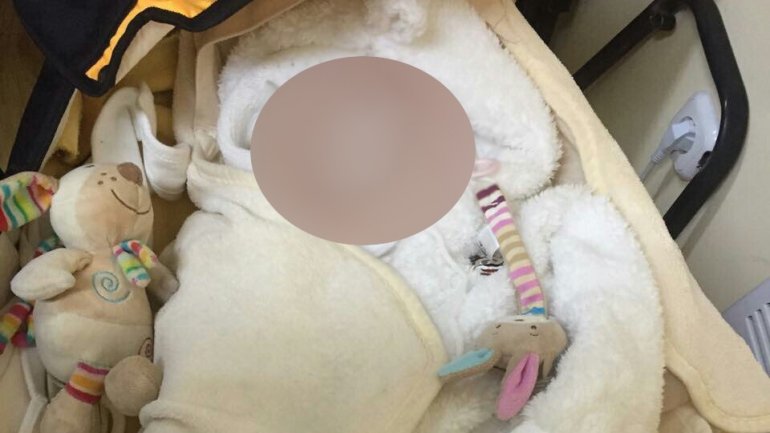 (Update 5:00 p.m.) The child's mother has been detained, along with three other suspects in the case for abduction of the newborn.

The information was confirmed by the Acting Deputy Head of Prosecution for Organized Crime Combat and Special Causes, Valeriu Bodean.

He also said that the couple's three other minors will be placed in an orphanage in Balti town.

(4:46 p.m.) The girl who has been sold by their parents will return to the family. A social worker from Balti town said there is no reason to let the little one be in the placement center.

Meanwhile, our team was able to talk to the mother of the baby. The woman claims that the little girl would have been taken by their German relative to Germany in order to be receive treatment.

Balti town man who sold his child to a foreign citizen needed a document from a notary and told him he needed it in order to get his child in Germany for a treatment. The fact that he wasn't drunk and didn't look like a homeless man didn't arouse any suspicion to the notary. The statement was made by the local lawyer.

Moreover, the notary says that the father was not suspicious because "he was not drunk, he was well dressed and did not look like a homeless man".

"He came, he looked normal. He wasn't drunk. He was well dressed, that didn't look like a homeless person. If this family is registered with social security, I do not know. Even if it was, we do not own such information" , said Chiril.

Iurie Chirillic also said that under the law, the man had no right to take the child out of the country earlier than the date indicated on the document.

PUBLIKA.MD recalls that on Wednesday, February 15th,  border guards from the Leuseni border crossing point havestopped a woman and two men trying to cross the Moldovan-Romanian customs with a newborn.