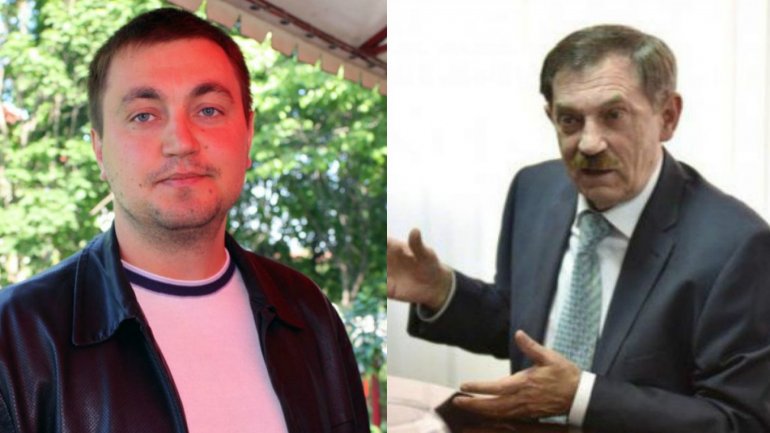 Details in the case of detention of former governor of BNM. LINK between Talmaci and Veaceslav Platon

The former governor of the National Bank of Moldova, Leonid Talmaci has been detained on March 3rd, by anti-corruption prosecutors. The information was confirmed by the press officer of the National Anti-Corruption Center, Angela Starinschi.

he has been placed in custody for a period of 15 days, based on an arrest warrant issued by the Court of Buiucani.

Specifically, the former chief is accused of being part of a criminal group that had stolen money from the accounts of Moldinconbank and Agroindbank, and the National Bureau of Motor Insurers.

According to Ziarul de Garda, Moldova Agroindbank (MAIB) and Moldindconbank were controlled at that time by the intermediaries of Veaceslav Platon.

Talmaci is the longest-serving governor of the National Bank of Moldova's history, from 1991 to 2009. In 2013, Talmaci became president of the Association of Banks of Moldova, and on January 20th, 2015 has been appointed chairman of the Board of the Moldindconbank, financial institution over a few days, would be involved in defrauding of the BNAA financial resources.

Subsequently, on 20 February 2015 at the request of Pinchuk, the representatives of Moldindconbank have ended the contracts for 5 deposits. The bank has agreed to purchase the amount of USD 1.16 million for the sum of 24.42 million lei at the rate of 20.99 lei for 1USD, the official rate of NBM being 20.18 MDL/USD.

After several days of such operations, in particular on February 24th, 2015, the bank has agreed Pinchuk's request for end of the deposit agreement, then accepted his request to convert the amount of the deposit in the amount of 1.19 million USD in Moldovan lei at the rate of only 16.60 MDL/USD, exchange rate of the National Bank being of 19.43 MDL/USD.

Thus, only through these exchange transactions, BNAA was prejudiced of 5.2 million lei, the only beneficiary of the income is formally Moldindconbank, led and controlled by Veaceslav Platon.

The same scheme was spot at another bank - Moldova Agroindbank. Thus, starting with January 23 to 26, 2015, MAIB accepts that from the BNAA'saccounts led by Pinchuk to be transferred to four insurance companies: "Asito" "Moldasig", "Victoria Insurance" and "Donaris VIG" in the amount of 823,000 euros.

On 20 February 2015, the MAIB officials have accepted another suspect request of Pinchuk.

In similar circumstances, they were placed 19.8 million lei in accounts of Moldindconbank. In total, as a result of these transactions, the representatives stated that the association BNAA has  suffered damage of over 30 million lei.

The financial transactions between the two banks and the interim director of BNAA,  Oleksandr Pinchuk were possible after Judge of the Chisinau Court, Adela Andronic, suspended the operations of the BNAA management on January 13th, 2015 and the Ukrainian Pinchuk has been recognized by subsidiaries of Moldindconbank and Moldova-Agroindbank as interim director of the association.

The judge Andronic has since been dismissed, and Oleksandr Pinchuk was announced internationally wanted after ZdG wrote that in March 2016 he participated in various public meetings, business or news conference in Kiev.

Today, nearly two years after those transactions to BNAA, Leonid Talmaci, Chairman of the Board of the Moldindconbank, was detained.

Coincidentally or not, yesterday, March 3rd, hours before Talmaci has been detained, Sergei Cebotari was a witness in the case of Veaceslav Platon.

"It was a closed meeting, so we have no right to disclose all this information. Everything I had to say I said in court" , said Cebotari.