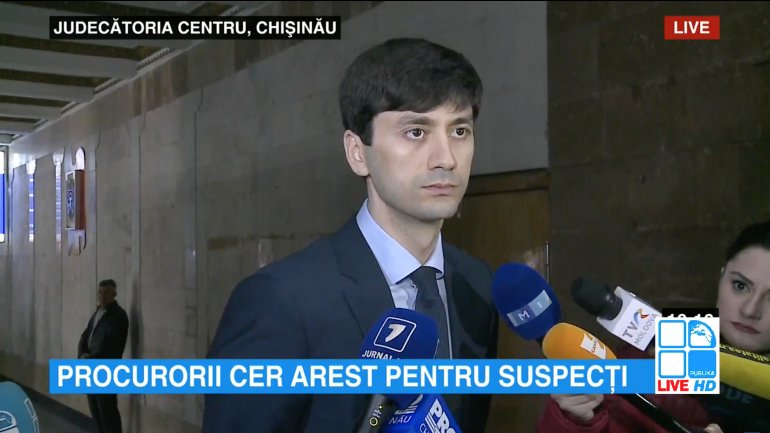 Prosecutors ask for arrest warrants on the names of the eight suspects in the attempted murder of politician, Vlad Plahotniuc.

"We can not talk about the declarations of the suspects, some of them refused any statements. Investigations are going good since the press conference. We can not say anything on the evidence collected.

I requested an arrest warrant. The prosecution is at the initial phase of the proceedings. However, the evidence collected shows that the accused were planing to leave the country, to ensure an alibi. This is the opinion of the criminal investigation body.However, they might commit certain actions to destroy the evidence, and possibly announce accomplices, which we have said are more than those detained.

There are two people: we will not say the place of the first one, the second person lives in the Russian Federation, Moscow" , said PCCOCS prosecutor, Vitalie Busuioc.

PUBLIKA.MD recalls that the attempted assassination of the President of the Democratic Party of Moldova, Vlad Plahotniuc, was seized by police and prosecutors in our country together with law enforcement in Ukraine. Eight people were detained in Chisinau and nine in the neighboring country.