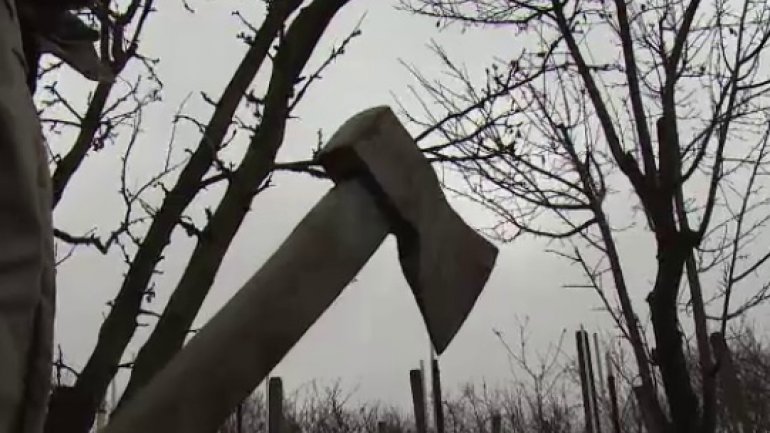 A 13-year-old has been hospitalized after his grandfather hit him with an axe. The tragedy occurred this Saturday evening in Hincesti village. Following this, the teenager had brain concussion. His situation is stable right now, his life is out of dancer.

According to prosecutors, the boy was hit because he would have defended his grandmother, who was assaulted by her husband.

The incident occurred on the evening of the st. Basil celebration when they were celebrating. A fight occurred after. His wife wanted to calm him down, so she called the police.

"After the police left, the children were watching TV, so I didn't want them to see this when he took the axe and has hit him" , said the victim's grandmother.

Soon, the child was taken to the Hincesti district hospital, where his wound was processed, after which the doctors have directed him to the Institute of Mother and Child.

According to experts, the child had a concussion but his condition is stable now. The boy lives with his grandparents and two smaller cousins. The child was left in their care after his parents divorced and went to work abroad.

The 54-year-old man has been detained for 72 hours, after he tried to flee from police.

A criminal case was opened for the attempt of murder and the man risks up to 15 years imprisonment.