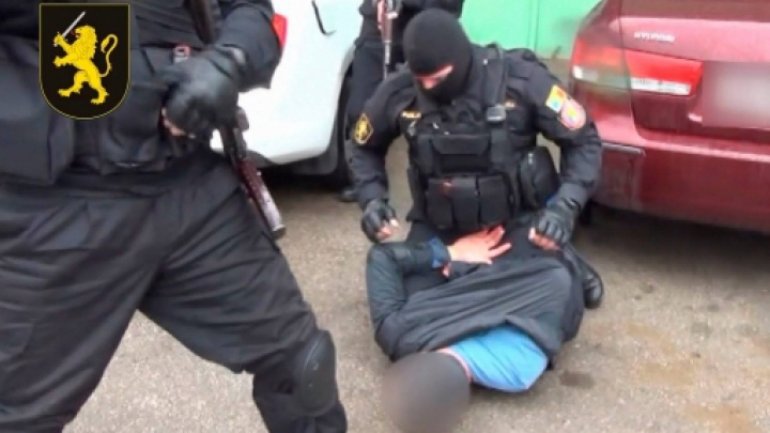 Law-enforcers from Moldova and Ukraine detained members of a transnational gang yesterday, who plotted to assassinate a Moldovan political leader.

The police and prosecutors searched 17 houses in Moldova and detained eight gang members, including Ukrainian citizens and inhabitants of the Transnistrian area.

In December 2016, Moldovan law-enforcers got information that killers from Russia or Ukraine are to arrive in Moldova. One did not know who was the target then, the information was only about their goal. A series of prophylactic moves followed.

Later in March 2017, a team of Ukrainian law-enforcers came to Chișinău, who presented details about plotting the assassination of a Moldovan citizen.

According them, a Ukrainian mobster allegedly got an order to kill a Moldovan citizen against the amount of $200,000. Half of the sum was paid in advance. The Ukrainian police learnt that the locale where the assassination was planned to take place was a 7-story building, next to a kindergarten, a traffic circle, but they didn’t know the city.

The persons who were carry out the assassination arrived one of these days from Ukraine to Moldova, avoiding the border crossing points.

In this country, they contacted a series of linking people, who had clear-set functions within the group. The killers, who have military training, but recently learnt who their target was and the plan implying the usage of firearms. Weapons, money, special communication equipment, camouflage gear were to be sent to Chișinău.

The Moldovan police decided to proceed to the detention on April 7 after learning the 'clients' had been hurrying the executioners. Following Friday’s searches, weapons and other gear to be used to committing the attempt were lifted. It was four grenades of 28 mm, two guns CZ with silencers, cartridges, radio stations, mobile phones, camouflage and other gear representing value for the criminal investigation.

All those eight detained suspects had been earlier detained for grave felonies, such as murders and robberies.

The Ukrainian police detained two people, as they will establish their roles in the plot.

There are a series of suspects to have ordered the assassination, such as a Moldovan citizen residing in Russia, several people residing in Moldova, who have common links and interests.