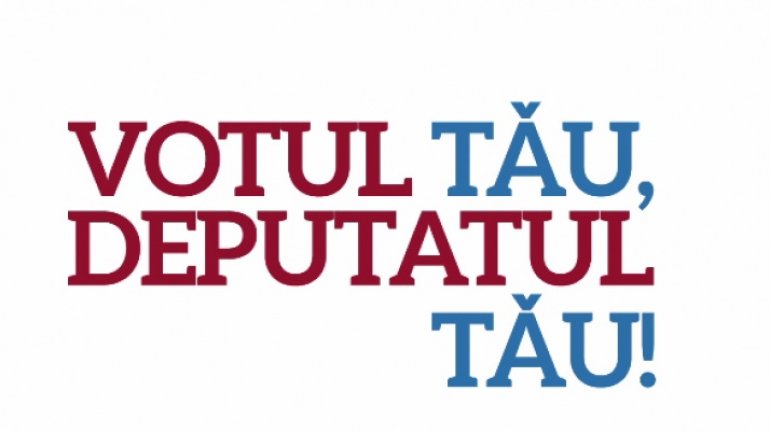 The uninominal voting means the direct choice of members of the parliament. The citizens will have to choose among several concrete candidates – not among several party lists, as is now.

Thus, under this voting system, every Moldovan district will have its deputies in the Legislature, one or several, in function of the number of inhabitants. Also the Moldovans from abroad (Diaspora,) will be represented in the Parliament, having a set number of seats.

The uninominal vote for the Parliament is used in the oldest and most important democracies – the U.K., the U.S.A. and France.

The Democratic Party from Moldova has started a public awareness campaign to explain the uninominal voting for the future parliamentary elections on the site votuninominal.md.

At the same time, the platform can be used to collect signatures to back the PDM’s initiative.

PUBLIKA.MD reminder: The Democratic from Moldova has started the transition to the uninominal voting for the future parliamentary elections. The PDM also wants that the citizens are able to withdraw the MP in case he/she does not keeps up to his/her promises. Moreover, the Democrats propose that the Diaspora Moldovans have their members of Parliament.

The initiatives were launched by the PDM leader, Vlad Plahotniuc, at a news briefing.