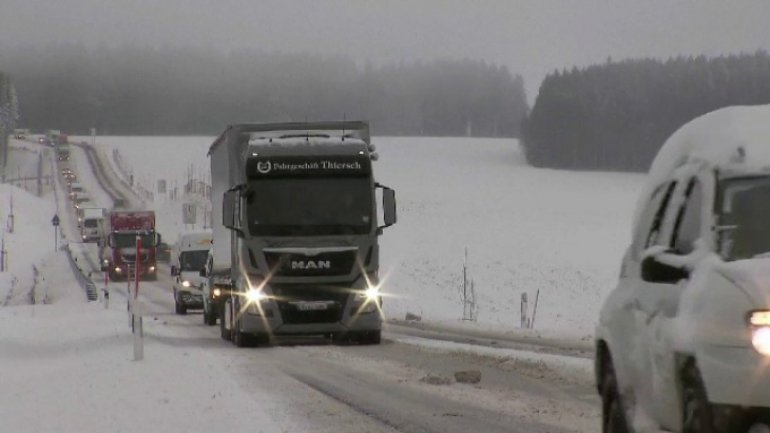 IGSU reported that over 200 special vehicles were used to clean roads and spread skidproof materials.

According to State Road Administration, around 230 special vehicles have spread 2 100 tons of skidproof material. At the moment, all roads from the country have no difficulties in movement.

On the road Chișinău - Leușeni, Chișinău - Orhei 4 trucks were stuck after they could no longer proceed on the lane.

At the same time, the snow from last night left 17 settlements from 7 district without electricity. Among them counts those from: Criuleni, Nisporeni, Ungheni, Cimișlia, Leova, Cahul, Basarabeasca and UTA Găgăuzia.