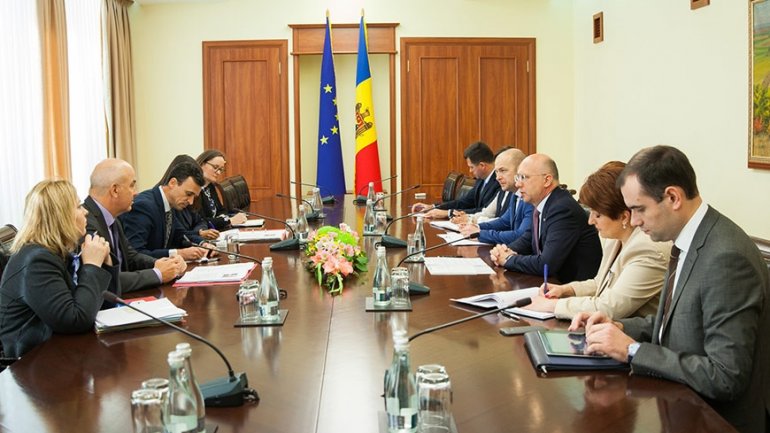 “Despite the reforms undertaken to date, further sustained efforts are needed in order to address deficiencies in the justice sector, strengthen the judiciary’s efficiency and impartiality, and restore public trust. In contrast, I was heartened to learn about progress achieved with regard to the legal framework and raising awareness about domestic violence and gender equality”, said Nils Muižnieks, Council of Europe Commissioner for Human Rights at the end of his five-day visit to the Republic of Moldova.

Conditions of detention in certain police establishments have been significantly improved. However, overcrowding remains problematic in many places of deprivation of liberty, and a recent death in custody of a person with mental disabilities reveals a range of serious deficiencies in the protection of the rights of detainees, their safety and physical integrity. “The death of Andrei Braguța exposes major systemic failures in the justice system, not least in terms of the duty of care towards persons in custody. It is imperative that safeguards against ill-treatment be made effective,” said the Commissioner.

Resolute action should be taken in order to eliminate practices that shield the system from scrutiny and contribute to the impression that justice is being carried out in a selective manner.  These should include ensuring public access to court hearings, including in high-profile and corruption-related cases - unless there are well-justified reasons to close part of such hearings – and making all judgement accessible to the public.

“A lack of public trust in the judiciary can be extremely damaging to a democracy,” said the Commissioner. “Therefore, the authorities should continue to invest sustained and decisive efforts to improve its credibility and ensure that the public in general benefits from an effective and fair system”.

“Domestic violence cases are among the most common crimes in Moldova, like in many other countries, and this has been acknowledged by the law enforcement authorities”, said the Commissioner. “I was pleased to hear that the legislation currently in force is largely in line with international and European standards. Moreover, the police is increasingly aware of the instrumental role they play in preventing such cases as well as in ensuring protection of survivors of violence and accountability for perpetrators”. The Commissioner welcomed the decision to sign the Council of Europe Convention on preventing and combating violence against women and domestic violence (Istanbul Convention), and urged his interlocutors in the Parliament to ratify it without delay.

The Commissioner also traveled to Tiraspol where he had meetings with civil society representatives and the region’s leadership. Issues discussed included the situation in penitentiary establishments and conditions of detention; combating domestic violence; the situation of persons with disabilities, including children; and co-operation with human rights structures and mechanisms. In particular, he recommended setting up an effective system for prevention of domestic violence, as well as ensuring the effective prosecution of perpetrators and providing adequate support and rehabilitation for victims of violence. He also discussed the need to ensure inclusive education, encouraging the inclusion of children with disabilities in mainstream education; as well as to support the effective functioning of Latin-script schools in the region. Finally, he urged his interlocutors to engage in co-operation with various local and international human rights institutions and mechanisms and, in particular, to resume co-operation with the Council of Europe Committee on the Prevention of Torture (CPT) by extending the possibility for CPT delegations to carry out visits in full compliance with their mandate.