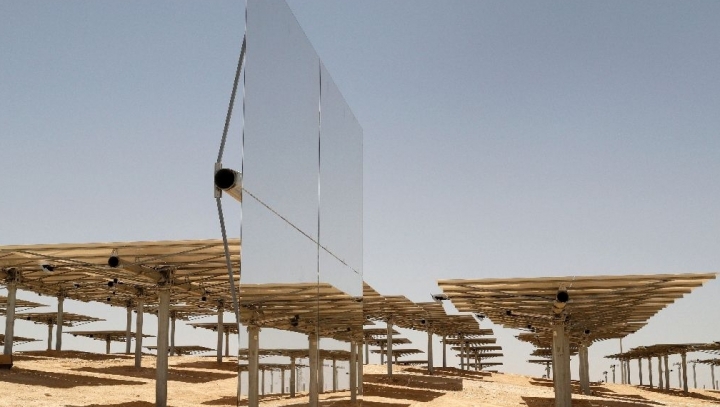 In the middle of southern Israel's desert, engineers are hard at work building the world's tallest solar tower, reflecting the country's high hopes for renewable energy.

Once completed in late 2017, the Ashalim Tower will rise to 240 metres, taller than Paris's Montparnasse Tower and London's Gherkin, according to the Israeli government and the consortium building it.

Covered in stainless steel, the square tower in the rocky Negev desert with a peak resembling a giant lighthouse will be visible from dozens of kilometres away.

A field of mirrors covering 300 hectares -- the size of more than 400 football pitches -- will stretch out from its base, directing sunlight toward the tower's peak to an area called the boiler, which looks like a giant lightbulb.

The boiler, whose temperature will rise to 600 degrees Celsius, generates steam that is channelled towards the foot of the tower, where electricity is produced.

The construction, costing an estimated 500 million euros, is being financed by US firm General Electric, with France's Alstom and Israeli private investment fund Noy also involved.