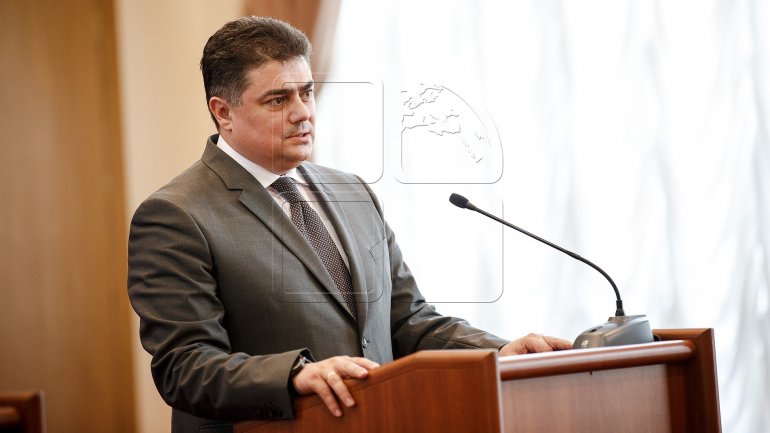 Deputy prime minister, Octavian Calmac, Minister of Economy, attended the meeting of Council of Heads of Government of the Commonwealth of Independent States (CIS), which was held in the capital of Belarus.

Heads of delegations of CIS states had a meeting with President of Belarus, Alexander Lukashenko, who presented information on the latest developments in integration options, to be developed in the Commonwealth of Independent States.

During the meeting with Alexander Lukashenko, the sides stressed out the need to intensify and diversify trade and economic cooperation at bilateral and multilateral level within the CIS, including through the full implementation of the Free Trade Agreement within the CIS, signed on 18 October 2011.

In this context, deputy prime minister Octavian Calmac said that it is extremely important to promote efficient economic policy, which would boost trade between member states and eliminate all barriers.

"In order to achieve these objectives it is imperative to pay special attention to the modernization and optimization of mechanisms of functioning of all CIS institutions" said the Economy minister Octavian Calmac.

During the meeting of Council of CIS Heads of Government were examined 20 subjects of common interest, a considerable part being oriented towards deepening and expanding economic cooperation within the CIS.

A key topic on the agenda was the examination of the results of implementing the provisions of the Free Trade Agreement within the CIS.

At the meeting Moldova signed a number of draft documents on multilateral cooperation within the CIS, in the fields of transport and energy infrastructure, combating organized crime and other types of crimes and the humanitarian field. Also were presented a series of decisions aimed at streamlining the work of the CIS executive bodies and ensuring their financial activity for 2017.

The next meeting of the Council of CIS Heads of Government will carry out its work in the second quarter of 2017 in the Russian Federation.

Aspects of the economic and trade potential offered by the Association Agreement between Moldova and the European Union, including DCFTA and the revival of full implementation of the provisions of the Free Trade Agreement within the CIS were discussed by deputy prime minister Octavian Calmac during a meeting with first deputy prime minister of Azerbaijan Yaqub Eyyubov.

It was also discussed the possibility of convening the next meeting of the Moldovan-Azeri mixed commission by the end of 2016, which, according to the principle of rotation, will be held in Baku.