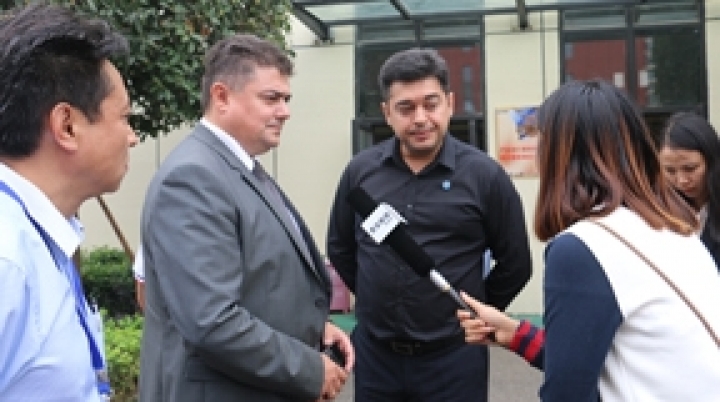 According to the Ministry’s press service, during his visit to Guizhou province of China, which started on Thursday, Calmic spoke for cooperation between free economic zones and industrial parks of the two countries and for starting joint investment projects.

At the meeting with the province business community representatives, he told about opportunities and tax concessions, provided by Moldova in Free Economic Zones and industrial parks.

“There are all the prerequisites for starting a sustainable cooperation between free economic zones of the two countries for using the opportunities, which appeared after Moldova signed the Association Agreement with the EU, including the Deep and Comprehensive Free Trade Agreement. We also should not forget that Moldova has free trade agreements with all the CIS countries”, the Deputy Premier reminded.

Within the three-day visit, Calmic is going to participate in the 6th International Alcoholic Beverages Fair, organized by the Chinese Ministry of Trade jointly with Guizhou local authorities, as well as he will attend a highest level meeting with wine producers.