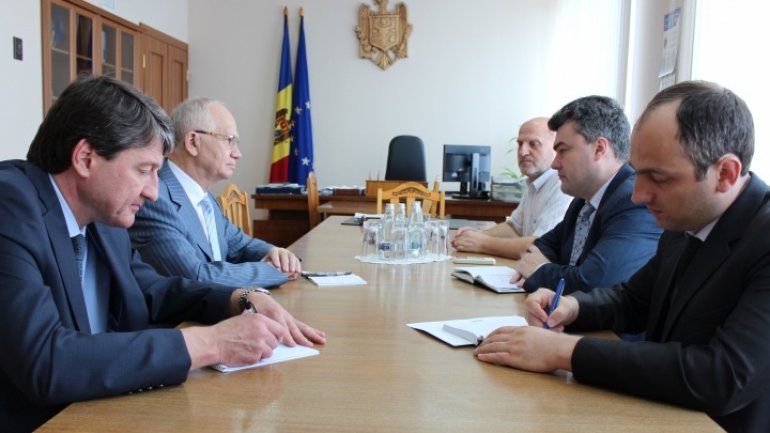 Deputy Prime Minister Gheorghe Balan had a meeting with Russian Ambassador to Moldova Farit Muhametşin on 10 August, during which he addressed several current issues such as Transnistrian settlement, situation in security zone, activities of Joint Control Commission and prospects for new meeting "5+2" format.

The Deputy Premier stressed the importance of maintaining a calm and stable climate in the Security Zone and avoiding all sorts of challenges, which is particularly special role of the Joint Control Commission.

In this context, he reiterated the willingness of Moldova to identify appropriate solutions to the issues faced by population on both banks of Nistru, particularly the purpose of restoring telephone connection, ensuring the free movement, the opening of the Gura Bâcului-Bacioc bridge, the free access of the farmers in the Dubasari district to their agricultural lands.

Gheorghe Balan said that the possible solutions to these problems could be approved at the next meeting in the "5 + 2" format.

In turn, Farit Muhametşin confirmed the Russian Federation's interest in consolidating peace and stability in the Security Zone and desire of contributing made by Russian delegation in Joint control Commission.

The two sides confirmed the common interest in maintaining positive dynamics in the Transnistrian settlement negotiations so as to contribute to peace and security in the region.