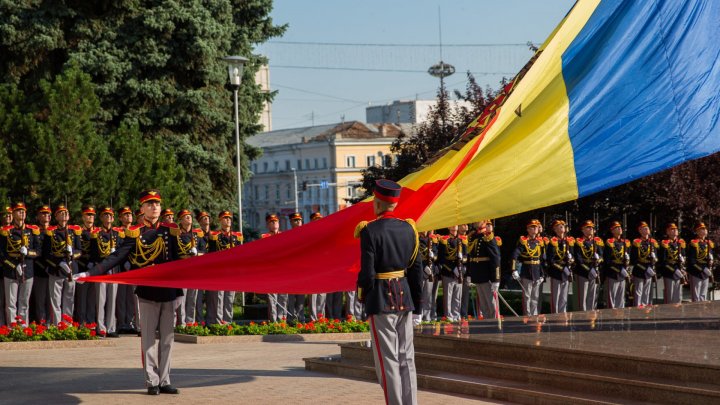 Deputy Prime Minister Cristina Lesnic today participated in the ceremony of lowering the flag of state dedicated to the memory of the victims of the Stalin deportations.

During the event, members of the Cabinet of Ministers read the names of those who suffered from political repression. This action will continue, at the Government, as well as in the country's districts, throughout the day.

Also, the members of the Government deposited flowers at the monument Train of Pain from the railway station square, built in memory of the victims of the deportations of the communist regime.

At the same time, as a sign of solidarity, a minute of silence was held in memory of the people who suffered from the Stalinist repression.

We recall that mass deportations took place in three successive waves - two in 1949 and one in 1951. Known as the "IUG", deportations from 5 to 6 July 1949 represent the second and largest wave deportations.