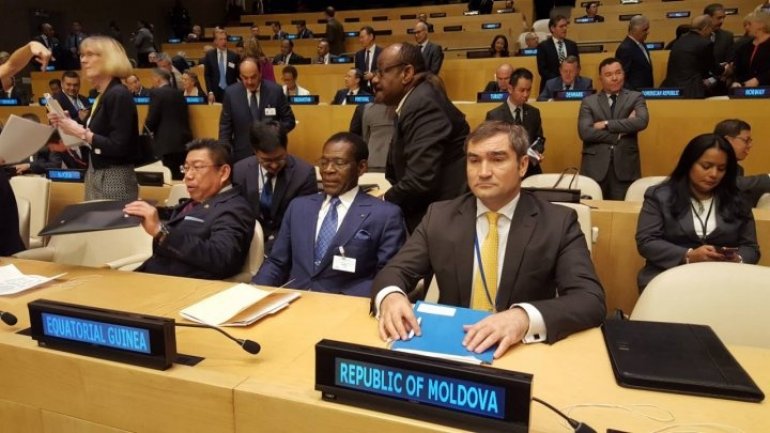 The event was attended by UN Secretary-General, Antonio Guterres, high-level representatives from over 120 UN member states who subscribed to the UN Political Declaration on Reform.

The Declaration stipulates that the necessary support and confidence is needed for the UN Secretary General's initiatives to reform the Organization and encourages it to operationalize the reform process.

At the same time, the Secretary-General is mandated to make concrete changes to the UN system to adjust capacities to respond to humanitarian crises, to develop and maintain peace initiatives. It also confirms the commitment of the Member States to reduce the duplication, redundancy and overlapping of mandates, including the main UN bodies.

The Republic of Moldova signed the Political Declaration on UN Reform on 12 September 2017.

The international press writes that this year's session will focus on the North Korean nuclear crisis, the terrorist threat, and global warming.

The government of Chisinau has previously proposed to include on the agenda the subject of the complete withdrawal of Russian military troops from the territory of Moldova.

It was added to the supplementary list of the 72nd session of the UN General Assembly and will be examined in October.