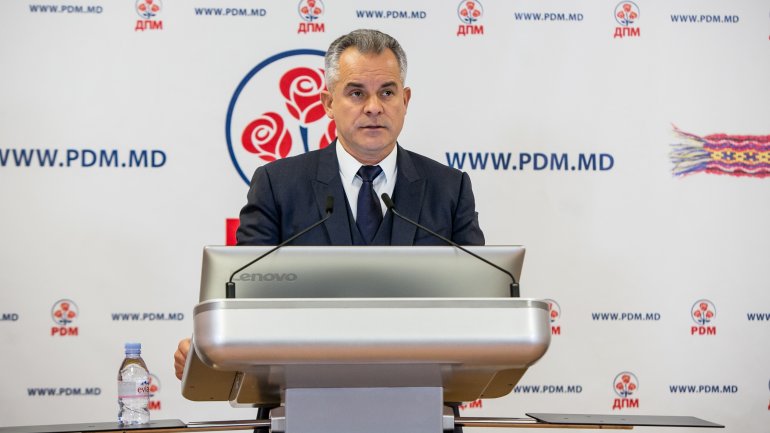 PDM president Vlad Plahotniuc has stated the party won't give up on the uninominal voting system on the long term, but accepted the mixed system as a half step.

"We listen to everybody, but first of all to the people: it's them who want the change", he says.

The Democrats' leader says the mixed voting system will be used at the 2018 parliamentary elections as a compromise, then they will insist on installing the uninominal voting.

"It's confirmed by those over 850,000 signatures collected to modify the vote system. PDM respects the people's right to express their views. Nobody forbids Moldova to change its own electoral system, as the opposition parties manipulate," Vlad Plahotniuc told a media briefing today.

"After one votes by the mixed system in 2018, the citizens will see the benefits of the uninominal and I am certain no politician will be against it by 2022.

We don’t give up on calling off the law-maker. We’ll consider how this could be done in the mixed system and we may even modify the Constitution.

The Venice Commission once gave its view on the mixed system. Their recommendations will be taken into account in drafting the bill.

The Venice Commission does not impose Moldova anything. They come up with opinions to strengthen the legality of these political reforms, they are important for us, because we want the best possible reform.

It’s not a matter of whether to do it or not, but of how to improve the existent political draft.

Speaking about the flash-mob: even they are ashamed of calling it protests. The PDM observes the people’s right to express opinions.

It’s grave the opposition shows cowardice and does not assume the protest openly. Even they in 2015 asked protesters on the main square to fight for the uninominal voting. It’s a shame to hide oneself behind the skirt of some NGOs you politicized and compromised everything: the protests, the civil society, the Facebook is all they are left with," PDM leader Vlad Plahotniuc stated, after a reunion of the PDM's National Council.