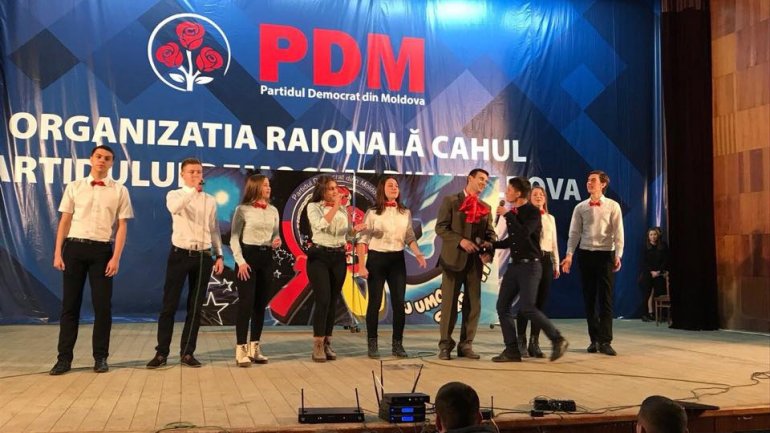 Talented students from high schools and colleges in the Cahul city are competing for the title The most humorous. They have to choose the best jokes and revealed their acting skills. At this edition, the contest had the generic "Who, if not me?".

The contest was attended by six teams, which participated in three tests: the presentation, the homework and the artistic topic.

The young people say they have been trained for weeks. During this time, they made new friends and enjoyed themselves:

"It is very interesting, since we have to prepare for the BAC exam, we have a lot to learn, this activity becomes relaxing then. We have been preparing for a month."

The contest was organized by young democrats in Cahul to show teenagers how to spend their free time usefully. At the fifth edition, more and more young people would like to participate the contest.

"Not only the number of teams but also the number of spectators are the important factors. Today we're so glad to see lots of young people present in this hall at a contest organized by the Democratic Youth of Cahul", mentioned Alexandru Cauia, president of the Youth Organization PDM.

"This event is really remarkable. Moreover, we have a charity event today which was initiated by our young generation", said Elena Bacalu, deputy PDM.

The best teams were rewarded prizes of up to two thousand lei offered by sponsors.