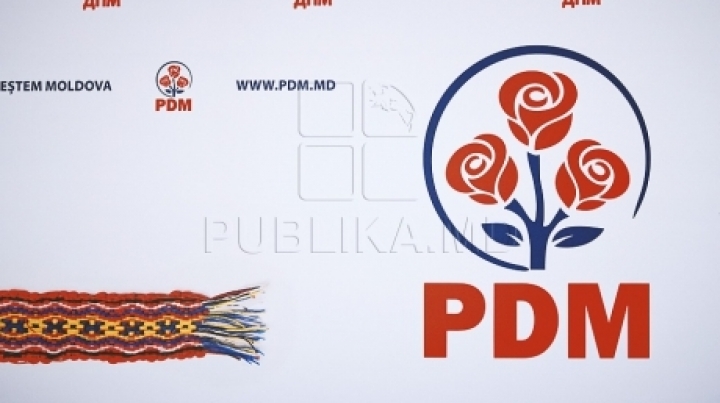 The Democratic Party will summon the Ntaional political Council on August 31st to nominate the party's candidate for President of the Republic of Moldova. The announcement was made in a press release.

According to reports, Democratic Party of Moldova completed talks on the nomination of the Democratic candidate in the presidential elections of October 30 this year.

"The consultations took place in all local organizations and districts since August 18th and PDM members spoke out about who would be the party's candidate and his presidential program elements."

The discussions between party members highlighted the need for a very experimented candidate, to support stability and progress promoted by the Democratic Party as a government part, who will have a credible development project for Moldova. The Democratic Party of Moldova members wanted a program focused on the dynamic growth of living standards of citizens in all spheres of the country,  modernization and accelerating Moldova's integration process into European Union.

Democrats from all districts and cities of the republic have made many other proposals, team organization for the upcoming elections of the Moldovan president. They were sent to the General Secretariat of PDM to prepare a summarizing report.

The party leadership decided to summon the Political Council of the Democratic National Day on August 31, 2016, given the end of consultations in regional organizations. The Board will consider options and will take several decisions related to party's activity during the autumn and, of course, PDM will nominate the candidate for the President of the Republic of Moldova", reads the press release.