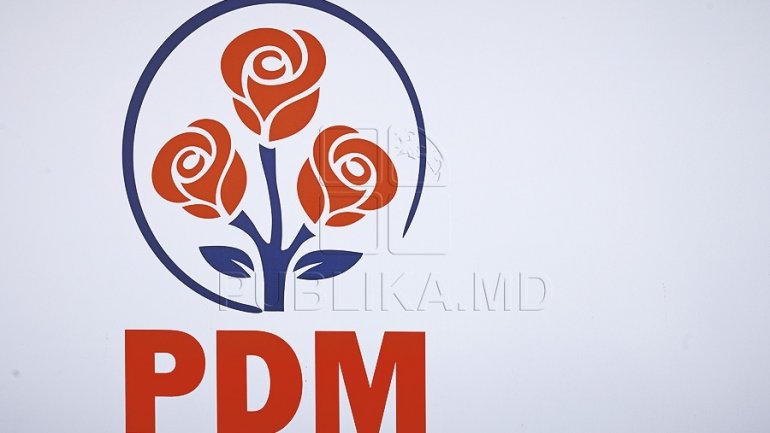 Founded under the name of Movement for a Democratic and Prosperous Moldova and having Dumitru Diacov as its first president, Democratic Party of Moldova has campaigned from the start for a democratic and social state, ensuring rights and fundamental freedoms, careful needs for its citizens.

Therefore, PDM has participated in coalitions reform in Moldova and after was in opposition to the communist government, highlighting the need to modernize Moldova and raise its ties towards the European nations.

2009 was a very important year in the history of PDM. It was the year in which the party regained power, managed to re-enter Parliament after a brief stint as a parliamentary party and regained government under the leadership of the second president, Marian Lupu.

Meanwhile, the Democratic Party is more stronger and occupies a more important place on the national political scene.

At the end of 2016 there was a new change in the PDM party, the chairmanship was taken over by Vlad Plahotniuc, chosen at the eighth party's congress. PDM has shown that the party is united, cohesive, characterized by a strong team spirit oriented and constantly improving their performance.

Now, at its 20th year of establishment, the party is at its best moment of the political existence. PDM is the main political force in the coalition of the government, while having the majority of all Moldovan parties elected.

Since taking over the government in January 2016, PDM has successfully coped with the challenges of the current stage, managing to generate economic growth, but also taking social measures, promoting reforms to modernize the country and regaining the confidence of development partners.

DPM will continue to be at the front of Moldovan politics, supporting the development of the country closer to the EU, but also reform of the political class, so that as soon as Moldova becomes a European country in all aspects.

The message of Democratic Party of Moldova is the openness to the future and the country's self-confidence in our ability to improve things in Moldova.

The President of PDM, Vlad Plahotniuc, has posted a message on a social network. The Democrats' leader says that the party's future plans are ambitious, and their desire is to make real changes in the way politics are made in Moldova.
AFLĂ imediat Știrile Publika.MD. Intră pe Telegram