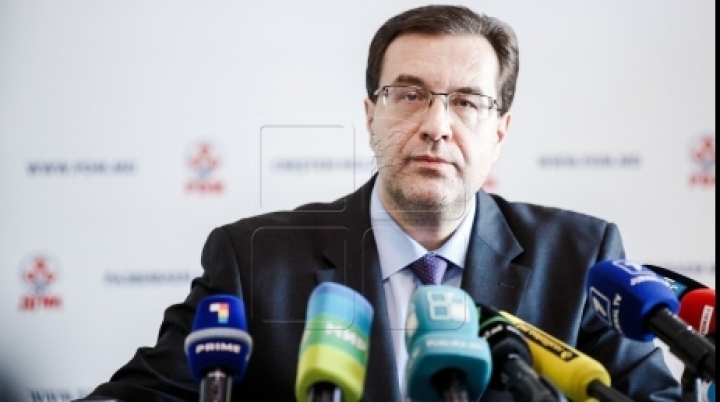 The leader of the Democratic Party from Moldova (PDM), Marian Lupu, turns 50 today. In addition, Marian Lupu celebrates 24 years of marriage. Party colleagues, ministers, state agency heads and MPs have come to congratulate him at the PDM’s quarters.

The young democrats have sung to the PDM president as are the spirits now at the European Football Championship. They have brought him a big photo of the PDM youth organization. Lupu has promised them to go for a picnic.

The leader of the democrats says he wants to have all the people he holds dear next to him: “They are very dear to me, I cherish them and they are the meaning of my life. I have one event more today: My wife and I have been 24 years together.”

The guests have come to him with congratulations and presents.

"At 50 years he has managed to achieve many accomplishments. And now he may be glad with everything he has invested in," said Health minister Ruxandra Glavan.

"I wish him health, patience, as his position requires that, and as much sport as possible," said Youth and Sports minister Victor Zubco.

"I wish him health, patience in everything he is doing, because he’s a special man," said PDM lawmaker Constantin Ţuţu.

Marian Lupu has been congratulated by premier Pavel Filip and fellow parliamentarians.