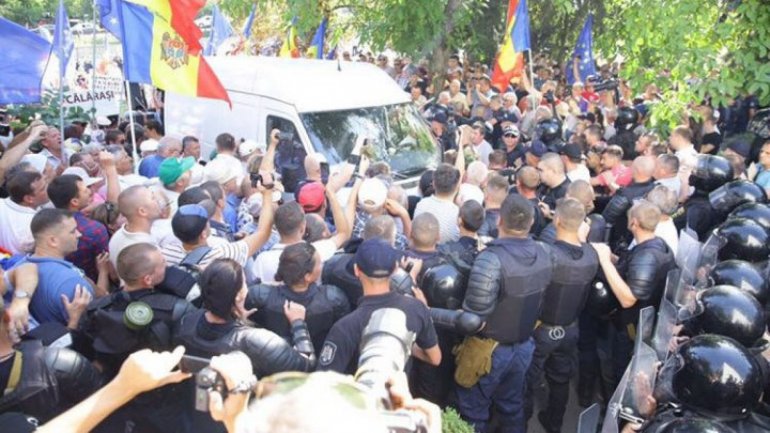 Democratic Party condemns the behavior people have shown yesterday at the protest organized by the opposition. The minibus that tried to run over the crowd  could have caused tragic consequences, but was luckily stopped just in time by the law enforcement.

Democratic Party also requested for this case to be investigated openly and the results to be presented for the citizens, so that they can decide for themselves who is the public enemy.

"We cannot stand the way the leaders of Dignity and Truth Platform Party and Party of Action and Solidarity, Maia Sandu and Andrei Năstase, who organized the protest, have simply stood and done nothing as the minibus tried to run over the police officers.

What happened the previous day at the protest was irresponsible, the public has to draw their own conclusions and know the investigation's results of this grave act that could have turned out a tragic event" wrote PDM.