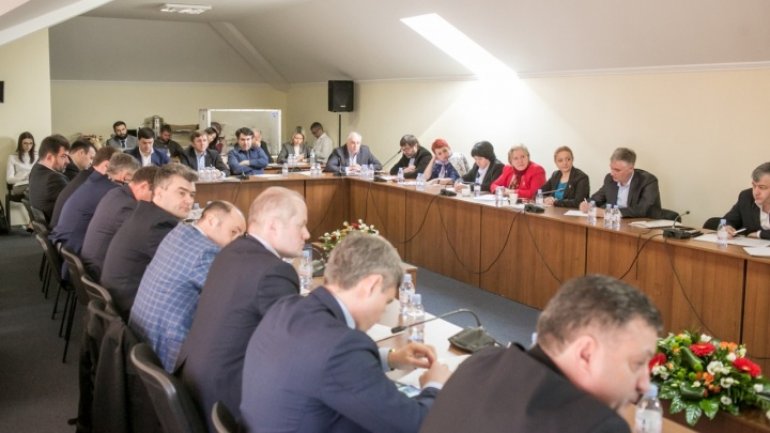 The Government is bracing to set up a one stop shop, which will carry out the functions of five state agencies: ÎS CRIS Registru (issues passports,) the Cadaster Agency, the Civil State Service, the State Registration Chamber and the Licensing Chamber.

At a briefing following the PDM’s sitting today, Premier Pavel Filip has said he enjoys the PDM’s full support for creating the one stop shop.

"This reform is necessary and will ease the citizens’ access to these services. They will have the opportunity to ask for the documents issued by those institutions at a single desk. It’s just the first stage and we’ll further cut off even more red tape in order to ease the people’s access to different state agencies," the Premier said.

The Democrats’ first deputy president has also reviewed the pension reform, which entered force on April 1. The PDM representatives decided to have a more intense dialogue with the citizens on the issue, informing them on the advantages of the measures undertaken.

Pavel Filip has reminded that from April 1, all the pensions were indexed by 6.8%, the smallest pension in the agricultural sector grew 200 lei, as the recalculation process is on. This will conduct to some pension hiking by 45%.

"Moldova’s European path is getting shape and the message we got was not to stop the reform momentum," Filip said.

Pavel Filip says the PDM’s stance is clear: "What Mr. Dodon signs today is a paper, a null document, lacking any legal binding."

"Mr. President tries to continue his personal war against the Association Deal with the EU. He political feeds on these antagonisms. This document will have no legal effect, because it was not signed in the name of Moldova, has no endorsement by the Foreign Ministry and does not observe the legal requirements," Premier Pavel Filip emphasized.

PDM spokesman Vitalie Gamurari has made specifications as to the referendum called by President Igor Dodon on September 24, saying the President’s decision is "strictly electoral" and the citizens "must not pay for such populist moves."

He says the PDM’s lawyers and experts "considers this referendum from its legal prospect" and the PDM will come up with several decisions on this matter in the coming period.