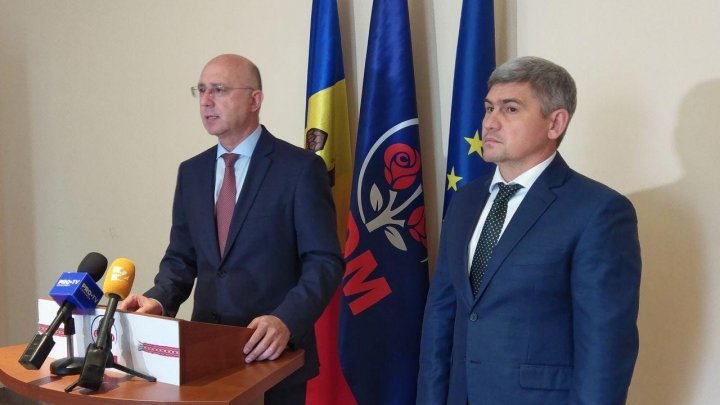 Blackmail, power abuse and use of administrative resources are the methods that representatives of governing alliance used to conduct their electoral campaigns for the local elections, Democratic Party President Pavel Filip and PDM MP Alexandru Jizdan announced in a press conference today.

According to Jizdan, representatives of bloc ACUM intimidated the PDM candidates, threatening them with their dismissal if they had not quit the party and their candidacy in the local elections.

An example was the case of Veaceslav Bîsţritchi, who left PDM and became the candidate of bloc ACUM in order to keep the position of Ialoveni Gaz chief.

In addition, representatives of bloc ACUM from Anenii Noi drove a tractor through the district, carrying pebble and imitating to repair road.

Meanwhile, Alexandru Jizdan announced that the PDM members and candidates were threatened with fiscal checks and business takeover.

In this context, Pavel Filip and Alexandru Jizdan called on the partners to take measures on these abuses and to judge the government by the actions, not by declarations.