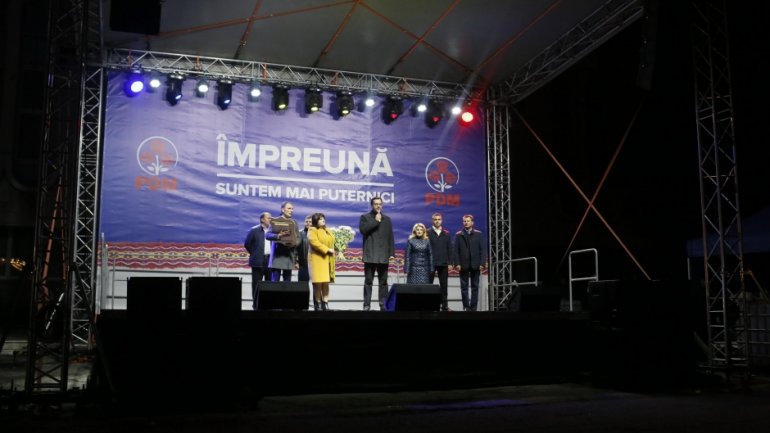 The number of institutions of control, but also the ministries could be reduced twice. This will allow not only saving public money, but also streamlining the work of central bodies. This is the opinion of the presidential candidate from the Democratic Party, Marian Lupu.

During a visit to Rezina, the Democratic leader said that a priority for him is to have in the state bodies trained and honest people.

Marian Lupu believes that for a small country there are too many control institutions and ministries. This bureaucratizes the development process of Moldova.

"Sometimes when I look at the central structures, I think that chiefs are more than workers. The number of ministries will be reduced twice, in the Government will be up to nine ministries, nine ministers," said PDM candidate Marian Lupu.

People from Rezina say that they want for the future president of the country to actively contribute to Moldova's economic development and to improve the living standards of the population.

"If we will know how to unite our efforts and together to show that we are united, we have chances to develop our district. These elections are drilled important. Each of us wants stability, so that the things will work, to have investments that should come to the Republic Moldova ", said president of Rezina district, Eleonora Graur.

Present at the concert organized for the celebration of city of Rezina, the leader of Democratic Party Marian Lupu congratulated the residents with this holiday.

"Health, peace, understanding, because only under these conditions we will to work together and achieve specific things so necessary for villages, districts, for the sovereign state of Moldova, for this nation. Happy birthday, my dears!" wished Marian Lupu.

Marian Lupu received flowers and a handmade icon from the hosts.