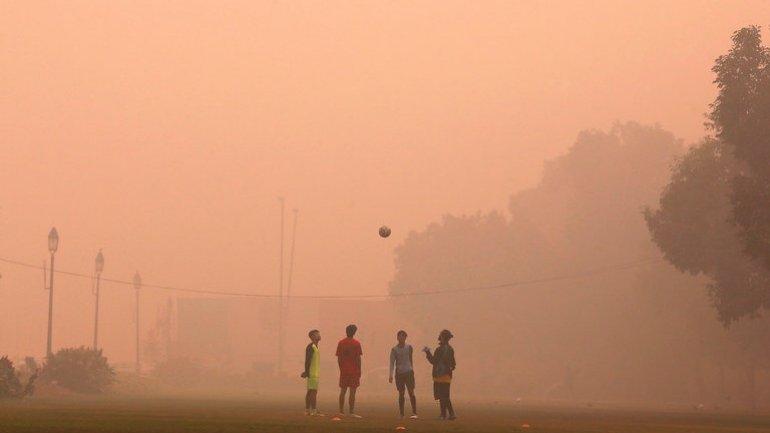 For the first time ever, more than 1,800 public primary schools in India’s capital will close on Saturday to protect children from exposure to dangerous levels of air pollution, the authorities said on Friday, reports The New York Times.

The decision affects more than a million children.

A thick, acrid smog has settled over the capital over the past week, a combination of smoke from burning crops in surrounding agricultural states, fireworks on the Hindu festival of Diwali, dust and vehicle emissions.

Levels of the most dangerous particles, called PM 2.5, reached 600 micrograms per cubic meter in different parts of the city this week, according to the Delhi Pollution Control Committee.

Sustained exposure to that concentration of PM 2.5 is equivalent to smoking 40 cigarettes a day, said Sarath Guttikunda, the director of Urban Emissions, an independent research group.

The particles are small enough to deeply penetrate the lungs and enter the bloodstream, increasing the risk of stroke and heart failure, and can cause severe respiratory problems including asthma and pneumonia.