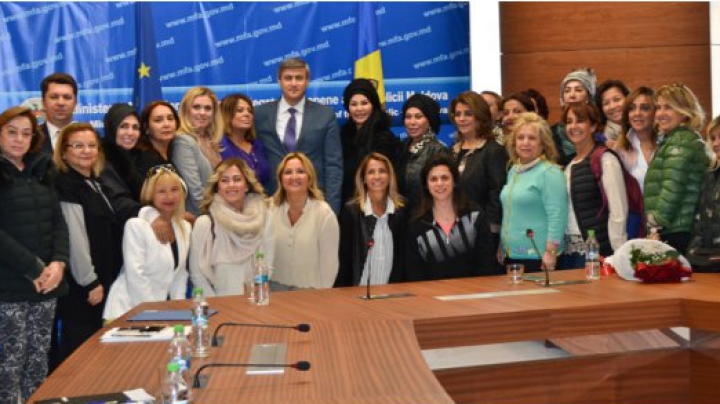 A mission of business women from Antalya, Turkey, conducted by Diyar Içkale Gültekin, Honorary Consul of the Republic of Moldova in Belek, visited Moldova to view business perspectives and to offer some donations to orphanages in Moldova, Moldpres has reported.

The delegation was received at the Ministry of Foreign Affairs and European Integration by Secretary General Anatol Vangheli, who appreciated the positive tendency of Moldovan-Turkish relations and acknowledged the support of the Republic of Turkey in projects of healthcare, education, environment, by means of the Turkish Cooperation and Coordination Agency.

The Moldovan official invoked the contribution of Honorary Consuls of the Republic of Moldova in Turkey and of Ickale Diyar Gültekin in promoting good relations between Moldova and Turkey, and praised the support and interest to support charitable activities in Moldova.