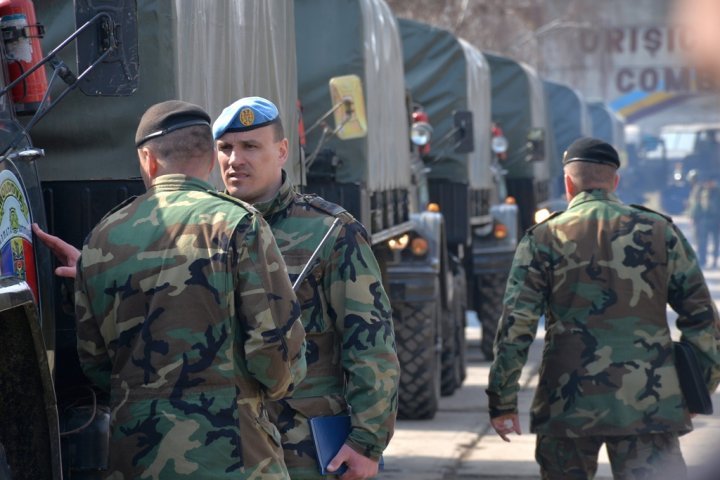 Defense Minister Eugen Sturza paid a working visit to the Balti garrison, where he visited three subdivisions of the National Army and participated in the General Staff Balance Sheet held in the Moldovan Infantry Brigade.

As part of the General Staff's totalitarian work for the first quarter, with the presence of military units commanders and army commanders, Eugen Sturza mentioned that the reform of the defense institution with a focus on army professionalization is the priority of the Ministry of Defense.

Additionally, the Minister of Defense visited the subsidiary of the Central Military Clinic Hospital in Balti, where he discussed with the medical staff and became aware of the conditions of hospitalization, the medical equipment of the institution.

At the end of the visit, the Minister of Defense requested subdivision commanders to take steps to resolve the identified problems.

In the current year, the National Army carried out checks in the Maintenance Base and Division 1 of the Anti-aircraft Missile Regiment, deployed in Bacioi.
AFLĂ imediat Știrile Publika.MD. Intră pe Telegram