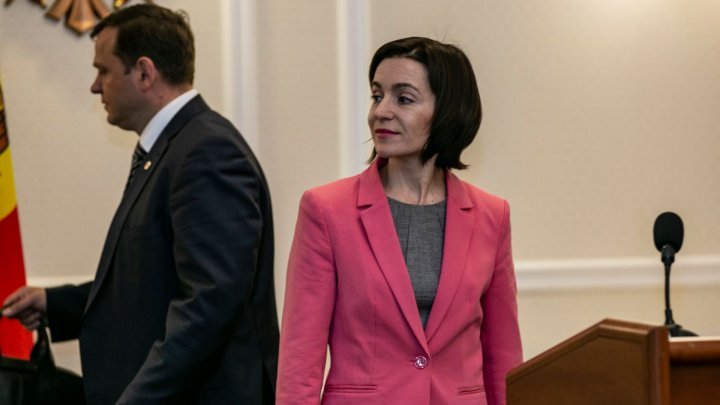 Defense Minister Eugen Sturza has written on his Facebook that PAS leader Maia Sandu is a liar who denigrates politicians in opposition in order to trigger political dividend.

"An ex-Education minister has turned to a lying politician. Maia Sandu with passions, has labelled everybody out of her team and Nastase's as servile of regime, forgetting that she was together with our actual ministers.

Dear Ms, in 2018, my average salary was 20,000 lei. I also attach here my revenue declaration. If you had divided declared amount in revenue declaration, I doubt about your economic knowledge. Because you should have known that was included all taxes of CNAS and CNAM which represents around 30% gross salary.

Hence, what does it matter for your correctness when you proposed to denigrate on somebody to trigger political dividend?

Due to your culture, I keep informing you that: amendment about what you said allowed all salary increase including for militants in National Army and Defense Ministry. We also afford more professional army with strong military.

If you want to talk about merits, I would like to invite you for discussion about National army reforms. If we all like to count others' salaries, why are you worth receiving salary in the last two months?"m wrote Eugen Surza.